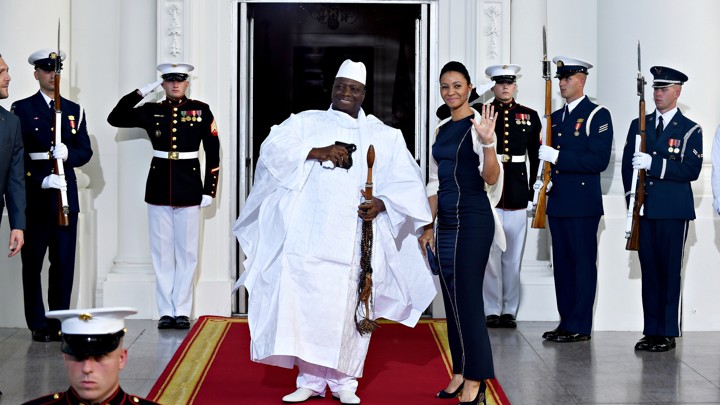 The United States imposed economic sanctions on Zineb Souma Yahya Jammeh, the former first lady of The Gambia.  Zineb Jammeh is believed to control many of the overseas assets of her husband, Yahya Jammeh, the notoriously corrupt former leader of The Gambia, who was sanctioned by the Department of the Treasury in 2017.

In addition, the State Department designated Zineb Jammeh in December 2018 under Section 7031(c) of the annual appropriations bill as an immediate family member of Yahya Jammeh, who was concurrently designated for his involvement in significant corruption.

Their children are also ineligible for entry into the United States as a result of the 2018 designation.

Zineb Jammeh is designated for her role in materially assisting, sponsoring, or providing support to her husband.  She utilized a charitable foundation and charities as cover to facilitate the illicit transfer of funds to her husband.

The United States uses economic sanctions to promote accountability for those who assist or facilitate the corruption carried out by those like Yahya Jammeh, who abuse their positions of power for their own personal gain.

Kenya Insights allows guest blogging, if you want to be published on Kenya’s most authoritative and accurate blog, have an expose, news, story angles, human interest stories, drop us an email on tips.kenyainsights@gmail.com or via Telegram
Related Content:  From July 1, 2020. Taxpayers Will Have To Pay 228million For Auditor General’s Rent.
Related Topics:
Up Next