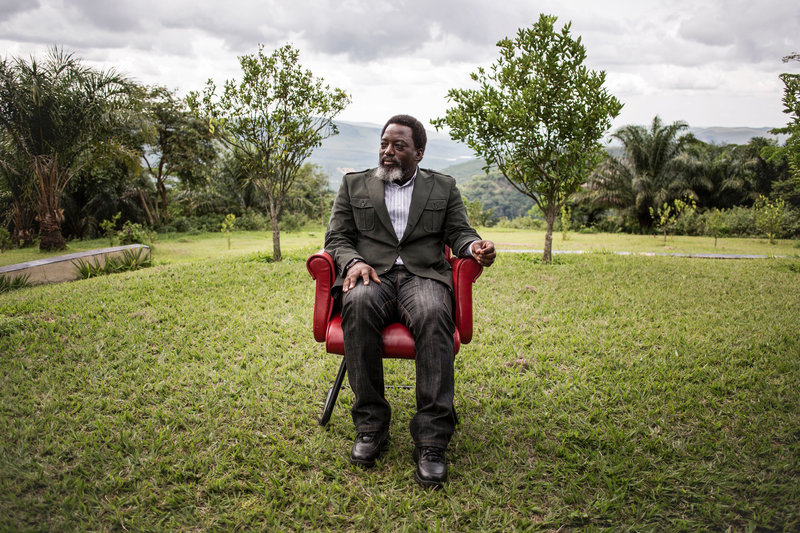 Many people know the man, Joseph Kabila Kabange, Congolese politician who served as President of the Democratic Republic of the Congo between January 2001 and January 2019.

So what does the man who took office ten days after the assassination of his father do nowadays after 18 years in power? well, the former head of state now resides at his Kingakati farm. An estate located 50km east of Kinshasha. With trees planted, streetlights erected while he was still in power, a group of eight buildings set on a plateau, overlooking the valley of the N’Sele River, it is a sight to behold.

Kabila’s home occupies only a small part of a much larger area. The N’Sele Valley Park is 10,000 hectares of green nature, cut off from the hustle and bustle of the capital, and surrounded by a 32km fence. There are all kinds of wild animals(antelopes, zebras, wildebeests, crocodiles, giraffes, elephants, buffaloes, and a 4-metre python) on the land thus Kabila made it a game reserve before he left the presidency. All these animals were imported from Namibia by Wildlife Vets.

The park has become a major attraction in Kinshasa. Every weekend, some 1,700 visitors flock to this island for safaris, at a cost of 50,000 Congolese francs (Ksh 3,094.68). Kabila is often seen walking around a certain spot on the land where the N’Sele river draws an “S” by a restaurant with a swimming pool taking pictures with random visitors.

The former Congolese head of state is however still pulling political strings from this immense estate of Kingakati seeing as he has hosted his successor, Felix Tshisekedi , major political leaders who have remained loyal to him for example the provincial governors of the Common Front for Congo (FCC) and senators of this coalition on the land.

The formal acquisition of this immense land (19,000 ha in total, only half of which is devoted to the N’Sele reserve) remains shrouded in mystery. It’s one of the few Kabila properties that was never touched during an investigation by Bloomberg and the Congo Research Group in 2017.