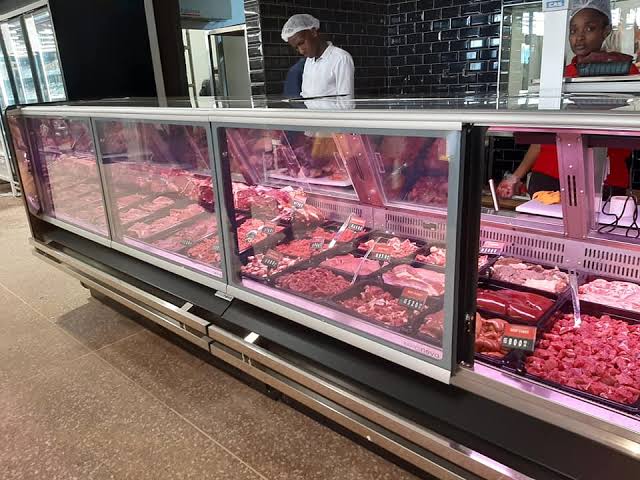 From selling expired cat food by exchanging expiry dates on their packages, Quickmart is now on the cunning game of selling expired meat products or using illegal food preservatives to increase shelf life of their food products Fresh.

Quickmart boasts of ‘Fresh and Easy’ products slogan to attract customers with appealing photos on social media. Freshness that seems to have been a dup on some products and it’s almost about to go south after one customer expressed his outrage  after buying minced ‘fresh’ meat in one of their outlets, the victim cooked half of the packed minced meat for dinner then deep frozen the remaining half —only to wake up in the morning to a rude shock of fresh- red meat discoloration  to a mucoid red minced meat with greenish hue.

“Guys better check the meat you’re consuming 😭😭 i bought this minced meat yesterday @QuickmartKenya and cooked half and the rest on the freezer . So today took it out on the freezer to the fridge for cooking this evening. To my surprise the meet is green and slides like mucus.” 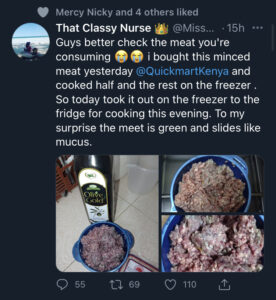 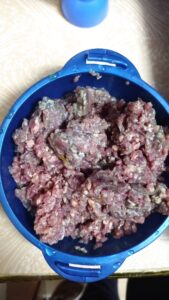 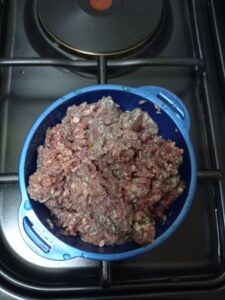 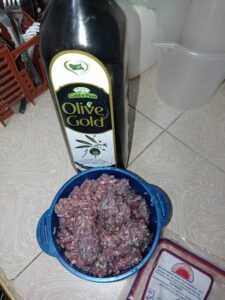 Well, research done by food experts gives a greenlight – safe colors of a discoloured red meat for consumption as either Reddish or Grayish or Brownish and with no foul smell – are the only colors that needs no red alert but any other color is unfit for human consumption​ like in this case.

Poultry provides a good opportunity to see and learn about the differences in meat colour. Meat cutters and cooks may often be asked why different parts of a chicken have white meat and other parts have dark meat, or why duck or game birds have mostly dark meat. The colour of the meat is determined by how the muscle is used. Upland game birds, such as partridge and grouse, that fly only for short bursts have white breast meat. In contrast, ducks and geese and most other game birds that fly long distances have exclusively dark meat. In domestic poultry (chickens and turkeys), there is a difference between breasts (white meat) and thighs and drumsticks (dark meat).

Meat colour is associated with two proteins: myoglobin (in the muscle) and hemoglobin(in the blood). When animals are no longer alive and air comes in contact with the meat, myoglobin reacts with oxygen in an attempt to reach a state of equilibrium, at which point no further changes occur. As this process happens, the meat colour goes through three stages and three colours that are easy to see, especially on freshly cut beef meats:

*Purplish red (myoglobin): occurs immediately after a steak is sliced.

*Cherry red (oxymyoglobin): occurs several minutes after cutting and after exposure to oxygen.

*Brown (metmyoglobin): occurs when the iron in the myoglobin is oxidized, which usually takes about three days after cutting. (You may see steaks with this colour in the discount bin at a supermarket. The brown colour doesn’t mean there is anything wrong with the product; in fact, purchasing meat at this stage is a great way to stock up on cheaper steaks for the freezer.)

Oxygen plays two important roles, which affect the colour in opposite ways. As soon as meat is cut, oxygen reacts with the myoglobin and creates the bright red colour associated with oxymyoglobin. This will continue to develop until the iron in the myoglobin oxidizes to the point of the metmyoglobin stage.

Oxidation can also occur when iron in the meat binds with oxygen in the muscle. This can often occur during the processing of round steak from the hip primal and can be identified by the rainbow-like colours that appear from the reflection of light off the meat surface. The condition will remain after the product is cooked and can often be seen on sliced roast beef used in sandwich making. This condition does not alter the quality of the meat; however, it is generally less attractive to consumers.

The pale muscles of veal carcasses indicate an immature animal, which has a lower myoglobin count than those of more mature animals. Young cattle are fed primarily milk products to keep their flesh light in colour. However once a calf is weaned and begins to eat grass, its flesh begins to darken. Intact males such as breeding bulls have muscle that contains more myoglobin than females (heifers) or steers (castrated males) at a comparable age. Generally, beef and lamb have more myoglobin in their muscles than pork, veal, fish, and poultry. Game animals have muscles that are darker than those of domestic animals, in part due to the higher level of physical activity, and therefore they also have higher myoglobin.

Consumers Federation of Kenya (Cofek), DCI, Kenya food safety control authority, Ministry of Agriculture should move swiftly to assess the situation in the Supermarket’s retail outlets as this case might just be tip of the iceberg into the larger scale of unfit food products on sale in their shelves.

In 2019,  NTV investigative expose by Dennis Okari  revealed how supermarkets are using toxic chemicals to make their meat look fresher for longer. Expose on these kind of hullabaloo that takes place within the food industry in the supermarkets revealed that meat sold in supermarkets is often lased with Sodium Metabisulphite and the labels changed to reflect new expiry dates. The chemical is so corrosive that the supermarket staff handling the meat have to wear protective gloves due to its harsh effects on the hands.

In that case of Denis Okari’s investigative expose, involved Naivas Supermarket whose perpetrators were brought to record. The meat were being manipulated to look fresh for the longest time and after the expose, it would be unwise of anybody to take Quickmart for a fool to continue the trend and so, there’s no possibility of excessive use of sodium metabisulphate in their recent case. It is a substance yet to be known. The chemical substance if so, might just a temperature change labile substance.

Like aforementioned, the normal color changes for a normal and safe red meat excludes the greenish hue and mucoid state, therefore, Quickmart must be put under thorough investigation on the same.

Seems the success of Quickmart is bangled  with dubious means.

Kenya Insights allows guest blogging, if you want to be published on Kenya’s most authoritative and accurate blog, have an expose, news TIPS, story angles, human interest stories, drop us an email on [email protected] or via Telegram
Related Topics:Quickmart Kenya
Up Next