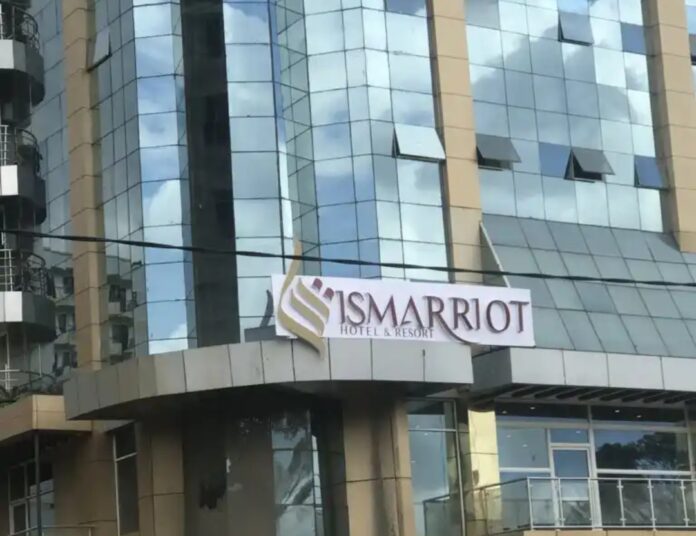 An auctioneer and three companies have sought join a case in which two foreigners are fighting over the leasing of a hotel building in Nairobi Eastleigh area.

Environment and Land court Justice Kossy Bor directed the application to be heard on May 17. Foreigners told the court they will oppose the application.

The property is situated along General Waruinge Street in Eastleigh within Nairobi County hosting Ismarriot Hotel and Resort.

The foreigners filed application seeking to stop Ismail and his Company limited from issuing any kind of threats or accessing their business premises or records at LR.36/VII/467 Eastleigh pending hearing and determination of the suit.

The two also urged the Environment and Land court to issue temporary injunction restraining Ismail jointly with his servants, agents or anyone claiming through them from issuing any kind of threats or accessing the business premises or records of the land.

Sharif and Saleban want the building leased to them and the owner compelled to return all records, assets, keys of the lodging, files, and computers of the said building.

“An order of mandatory injunction compelling defendants jointly and severally to immediately return all records and assets of Plaintiffs illegally taken by the defendants including but not limited to files, computers and keys of the boarding and lodging rooms at LR. 36/VII/467 in Eastleigh,” said the foreigners.

The two wants the court to direct Ismail to access the premises through written notices and for the court to order a monthly rent deposit of Sh3,500,000 be deposited in court, until Ismail Holding Company limited performs obligations under the lease between the parties dated July 10, 2018 and reconciliation of the accounts.

The two foreigners claim they have invested Sh52 million in the business and the same property may go to the drain if the owner completely and irregularly displaces them from the property.

They claim they are the first tenant in the said building and the lease is for 10 years from July 10, 2018.

According to the foreigners, the lease also provides that the lesor had two months to make repairs, renovation and vacate the premises during which time no rent shall be payable to the lessor”, they claimed.

The two foreigners argue that as lessees they paid Sh 19,500, 000 Ismail Ibrahim Durow and Ismail Holding Company limited made up of Sh. 10,500,000 being rent for three months from November 2018 to January 2019 and Sh. 9,000,000 being security deposit which payments were acknowledged by Ismail.

But Ismail and his Company has dismissed claims by foreigners saying that they did not pay rent for 12 months.