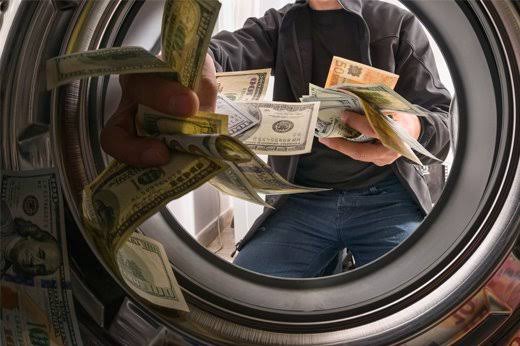 The study titled “Elite Capture of Foreign Aid: Evidence from Offshore Bank Accounts,” offers details of how the Kenyan ruling political elite in the Moi-Kibaki regime enriched themselves either from the foreign aid or kickbacks from State agencies that received donor funding.

The study was conducted by Bob Rijkers of the World Bank, Jorgen Juel Andersen of BI Norwegian Business School, and Niels Johannesen of the University of Copenhagen and covered the period between 1990 and 2010.

Elite
Kenya’s political elite in the Moi/Kibaki era are accused of agglomerating more than Sh327.89 billion in offshore bank accounts over a two decade period when the country received billions in donor aid, a World Bank-backed research has claimed.

Jordan topped the ranking among the targeted countries with more than Sh350 billion stashed in offshore bank accounts followed by Kenya followed by Ivory Coast third at Sh128 billion, while the Democratic Republic of Congo fourth with Sh110 billions of stolen aid money. The research compared data on aid disbursements from the World Bank with foreign deposits from the Bank for International Settlements (BIS), focusing on 22 aid-dependent countries which obviously Kenya included.

Being that Switzerland, Luxembourg, Cayman Islands and Singapore legal framework emphasises secrecy and asset protection, transaction deposits were on the rise to these offshore accounts as others were channeled to Germany, France and Sweden, according to the report.

In Kenya, Sh136.2 billion was in bank havens that are secretive and have less regulation, providing a perfect cover to conceal the money trail. The other Sh190.35 billion was in regulated bank accounts. This is according to the report.

With World bank being the biggest aid provider to Kenya, in a suspicious move, the head of world bank in the country held a press briefing on Wednesday to refute claims and methodology of this report. A move which could drag them into the crime scene.

The report awakens the earlier on forensic study by Kroll Associates, which had detailed the plunder of taxpayers’ cash during the Kanu administration. President Mwai Kibaki hired Kroll Associates in 2003 to track and repatriate funds hidden abroad by business people and top public officials in the Daniel arap Moi era. The overseas assets included multi-million pound properties in London, New York, and South Africa, as well as a 10,000 hectare ranch in Australia according the Kroll Associates forensic report.

In 2018 Kenyan government signed deal with United Kingdom and Switzerland and reached out to 7 other foreign nations secretly through Attorney General Kihara, Ethics and Anti-Corruption Commission(EACC) with DPP in a bid to recover laundered Kenyan assets.

In 2019 last year in a report by the Treasury, wealthy Kenyans wired back an estimated Sh1 trillion from offshore accounts in the past three years from 2016-2019, taking advantage of a tax amnesty offered by the Treasury.

The Kenya Revenue Authority (KRA) said the amount was repatriated by some 16,000 applicants who took advantage of the amnesty window during which they were not required to declare the source of their wealth or even account for previous years’ tax arrears. “We have received over 16,000 applicants with the amount repatriated so far at Sh1,014,058,103,551. The incentive was meant to encourage Kenyans to repatriate their wealth back to the country for purposes of development,” said KRA in a statement.

The amount wired back was more than one third of Kenya’s annual Budget.

Past week the European Commission added Mauritius which has become a cinderella destination for elites to hide their ill gotten wealth escaping from the taxman KRA, Panama and 9 other countries to its list of countries that pose a financial risk to the bloc because they are linked to money laundering and terrorism financing.

European Union says Countries on the list pose significant threats to the financial system of the European Union. In a statement on its website, the European Commission said the revised list will be submitted to the European Parliament for approval within one month and the country status of the new listing will take effect on October 1.

How Dr. Amoth Was Involved In The Kemsa Tender Scandal