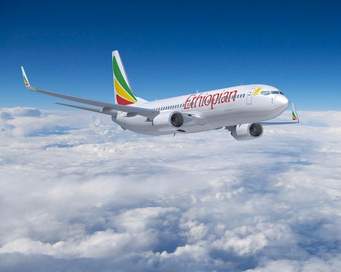 The aviation industry globally has experienced the worst year start with the recent Ethiopian Airline crash flight 302, a Boeing 737 Max that killed all on board, the year 2017 was the safest with no crash at all which outlay the fact that with focus and determination above all avid safety measures control system the Industry can be made safer.

Ethiopian Airline (ET) is one of the safest airlines in Africa and the recent crash of its plane was one of the worst in the history of the Airline company owned by the Ethiopian Government. Initial reports from the crash investigations suggest that the accident may have been as a result of a software dysfunctionality that has resulted to Ethiopian airline grounding more than 30 planes of the said model and most countries in the world civil aviation authorities have grounded this model of airplane. Ethiopian Airline is best performing airline and only African government owned that has over years recorded an increase in profits, Most Governments owned airlines are loss-making entities that require government funding annually.

The company has regional subsidiaries like Eritrean Airline, Malawian Airline, etc and owns the Bole International Airport which was crowned as the best and busiest airport in African. Ethiopian Airline is the oldest in Africa; it operates 125 passengers and 44 cargo destinations across the world. It was Crowned Best Airlines in Africa Award, for the 7th Consecutive year. ET boasts of having many fleets of the airplane including the famous Boeing 747-200 and several Boeing 777.

Tentatively our national carrier the Kenya Airways has been experiencing losses for quite some time, the Kenyan Government owns the majority stake in this company however regardless of the shortcoming KQ is ranked 5th best airline in Africa, notably, it has 43 destinations across the globe with only 12 being international destinations. Owing to its good ranking in the region, with adequate marketing plus good business model the airline has the propensity to grow in the future but it must also fight the corruption and mismanagement leveled against the carrier in recent past.

The traditional Pan American Airline and the Trans World Airlines which were the household or most preferred airlines in the 1980s thus most profitable in the world all the companies went bankrupt and collapsed not due to competition but mismanagement of the companies and funds. KQ must shift its focus from laying staff in a bid to cut off cost and start vibrant marketing strategy to expand its market niche, for example, the largest airline company in the world is the Fly Emirates with a large staff size but makes profit owing to its large market niche and efficient management of the company.

Ethiopian Airline is the largest in the region and the only government-owned airline that makes profits. KQ needs a benchmarking schedule with the ET that also owns other regional subsidiaries mentioned above but our KQ only has the local Jambo Jet as its subsidiary. Fly Emirates has several Asian region based subsidiaries, by KQ expanding it market niche will go a long way in making it profitable and truly the Pride of Africa, KQ should be thinking about acquiring stake in the Uganda Air or Tanzanian Airto help it expand its financial muscles. This expansion can be done through voracious marketing both regionally and abroad, KQ recently launched direct flight to New York is experiencing a slow down due to lack of passengers and cargo plying that route, this again calls for serious marketing.

I support the move by KQ to acquiring the running and operation of the Jomo Kenyatta International Airport (JKIA) since it will have a positive multiplier effect on the profitability and growth of the firm. JKIA is among the top busiest airport in Africa and will offer a good leverage for the KQ notably all the best performing airlines in the world had an airport that the airline owned and thus operated, for example, Fly Emirates has the Dubai International Airport and Ethiopian Airline has the Bole International Airport that both of these airline companies ran and own, however, they should not move in haste to acquire such a property if managing the airline has proven to be a tall order for them over the years, that will only be viable to KQ in the future after making the company financially stable.