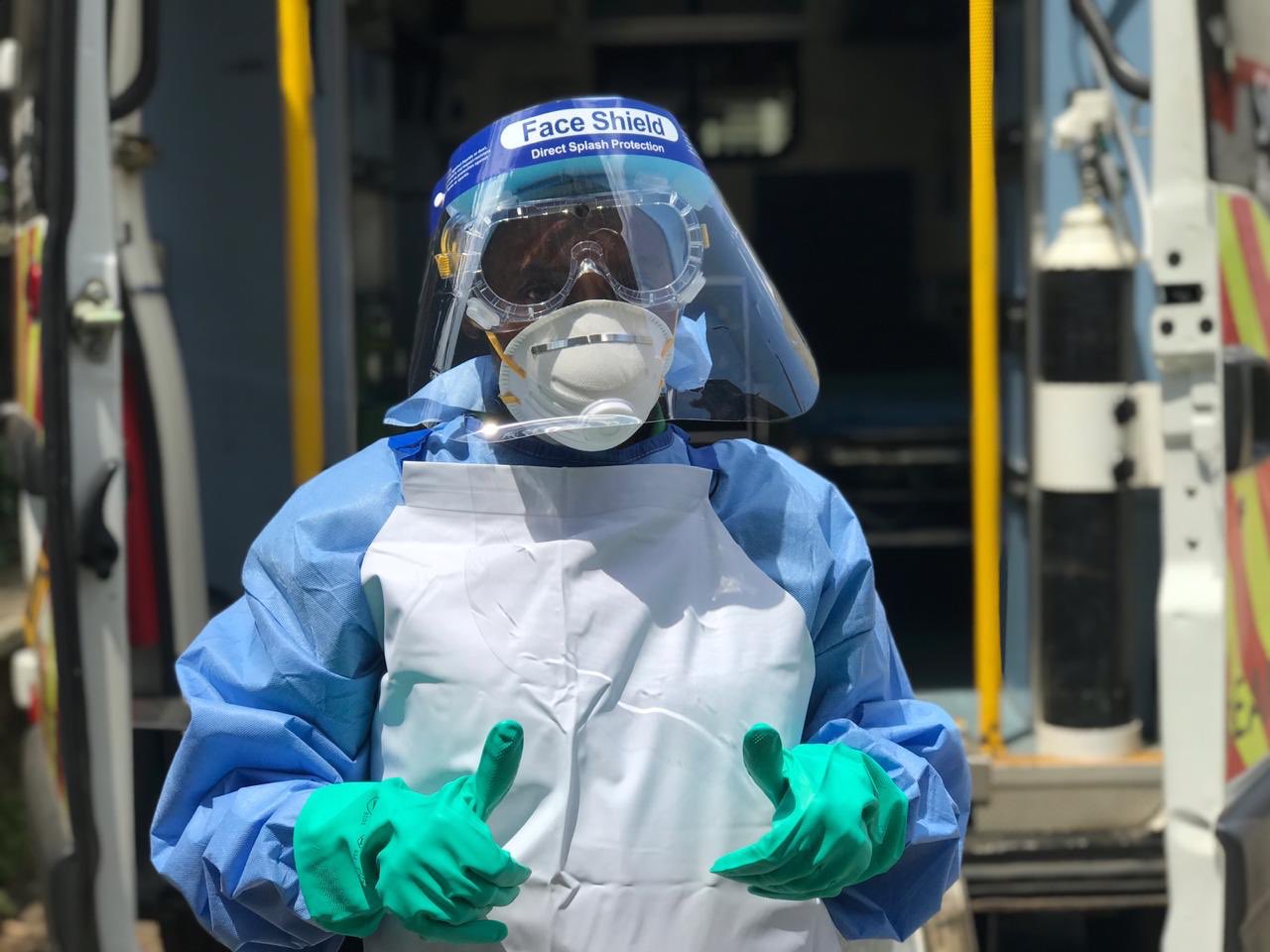 When Mr. Oyugi the 59 year old man from Mombasa who died for Covid19 started developing the symptoms of the virus, there was only one thing in mind, rushing him to the hospital.

When he traveled from Mombasa where he worked at the port as a KPA employee and got in an injury less accident in Awasi Kisumu, he didn’t anticipate ending up in the village hospital which would later turn to be the case.

Rural healthcare centers forms the most basic and vital base of the system. Mr. Opiyo was taken to at a private rural hospital in Ukwala, this is the forefront hospital in the area that many go to in the area. He was attended to by a long chain of people from those who took him to the hospital to all the healthcare workers who responded to his situation.

Given the Covid19 crisis, this incident in Siaya opened a big can of worms as to the preparedness of the disaster more so in the rural areas.

His death could’ve passed as a normal pneumonia were it not for the Covid19 tests that were done from the samples from his body in Kisumu by CDC.

So given the many people exposed in this line, the big question that poses a great concern is just how prepared and equipped is the rural healthcare system?

Are rural healthcare workers who’re the first to go to in the village trained for Covid19? Do the facilities in the village have the PPEs to shield the HWCs and consequently shield the population from infections?

While it’s not yet known, let’s assume the health center where the Covid19 victim had gone for treatment didn’t have the necessary PPEs to protect them from the virus then how many people were exposed and potentially infected in this chain? The numbers are unilateral.

The government has given assurances that all healthcare centers are equipped and trained but this can’t be backed up by facts in the ground.

Dr. Lishanga Makamu, Chairman Rural Private Hospitals Association of Kenya, is equally concerned raising serious questions on this matter. “How many rural health facilities have received a piece of the PPE donations? How many counties have public-private heath sector coordinating teams? How many counties have a proper public morgue? How do you get a body bag in rural Kenya?” He posed.

He continues, “We need to move preparedness beyond Nairobi. If we need irrefutable evidence that Rural Kenya is not ready for COVID19. That evidence is “The burial in Siaya County.” Did you know that the Siaya patient (RIP) sought care and died at a rural private hospital? How many rural Health workers have received ANY CoViD19 training?”

The victim was hurriedly buried on Sunday at 2am after confirmation of the results that found him positive of Covid19.

Going forward, the focus as noted above shouldn’t be concentrated in the urban center while leaving the vulnerable population in the village exposed. This is a ticking bomb that any miscalculation will be catastrophic.

Kenyans were told not to travel to the rural where the vulnerable population lives but seemingly they’ve defied orders and continue to travel and transporting the virus despite partial lockdown.

Related Content:  Miguna Miguna Will Be Receiving Sh200,000 Monthly From The Government

Government must therefore take the Siaya incident as a lesson and immediately dispatch the PPEs to these hospitals and adequately trained the healthcare workers that is of its not happening already. By social settings, and bedded cultural atmosphere, social distancing is nearly impossible in the rural areas that’s why quick and drastic measures must be taken by authorities including intense health sensitization in the village.

Shield the healthcare workers and this will in effect shield the communities from secondary  transmissions. If this is not done, like yesterday then we’re sitting on a bomb.

How To Bury People Who Die From Coronavirus According To WHO