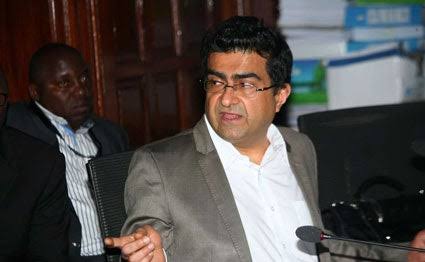 Businessman Kamlesh Pattni is set to receive millions of shillings from the Ethics and Anti-Corruption Commission (EACC) after the agency lost a Court of Appeal suit challenging the payment.

Three Court of Appeal judges dismissed an appeal by the anti-graft agency saying the compensation fee of Sh20.5 million to the two companies associated with Mr Pattni was valid.

EACC will now pay Mr Pattni the Sh20.5 million plus interest for the more than 15 years that the dispute has been in court.

Mr Pattni had been tried but never convicted despite multiple investigations into the suspected loss of some $1 billion (Sh103 billion) of public funds over bogus diamond and gold exports, in the infamous Goldenberg scandal.

The anti-graft agency had sought to place Marshalls East Africa Ltd and Delphis Bank as well as seven other companies under receivership, arguing that they were acquired using Goldenberg.

Kenya Insights allows guest blogging, if you want to be published on Kenya’s most authoritative and accurate blog, have an expose, news, story angles, human interest stories, drop us an email on tips.kenyainsights@gmail.com or via Telegram
Related Content:  Kenya Among six countries driving Africa's digital growth Studies Reveal.
Related Topics:
Up Next

Simba Corp To Lay Off 5 Percent Of Staff