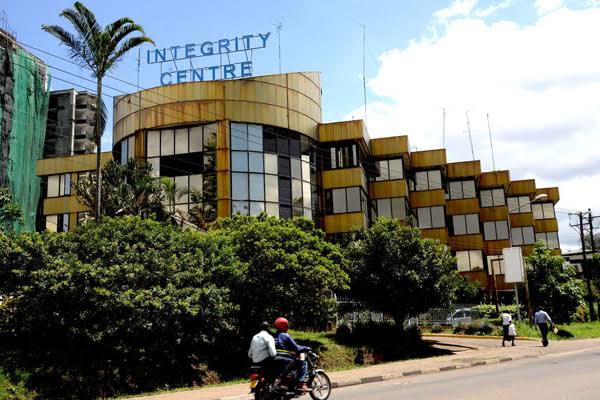 A survey done by the anti-graft agency in 2018 has put the Interior ministry on top again as the most corrupt government entity.

The Ethics and Anti-Corruption Commission (EACC) also named the Health ministry which is headed by Sicily Kariuki, among the top corrupt government ministries.

Released on Tuesday, the survey notes that Cabinet Secretary Fred Matiang’i’s led ministry has a corruption perception index of 47.5 pc, coming in second at 17.9 pc is the Health ministry while Agriculture at 13.8 pc fights for third.

In the survey conducted in 2017, incidences in the Interior ministry stood at 64.7 pc which means the figure has dropped by a significantly 17.2 pc. The health ministry also saw the corruption percentage drop from The Health ministry, headed by Sicily Kariuki, assumed a similar trend from the 27.8 to 17.9.

The ministry of agriculture led by Mwangi Kiunjuri, recorded a rise in corruption incidences.

Here are the other seven most corrupt ministries in the country:

EACC chairman Eliud Wabukala, speaking during the release, said the data would strengthen Kenya’s anti-corruption strategy. Mr Wabukala demanded legislators strengthen and tighten laws as one of the ways of putting an end to corruption.

The commission wants the national assembly to amend the laws to provide timeliness in anti-graft trials. “We need to expedite the hearing and disposal of anti-corruption cases. We need timelines so that cases do not go on until witnesses die,” Wabukala said.

One is also most likely to encounter corruption and unethical practices at the Kenya Police (39.6 pc), Kenya Power (12.9 pc) , National Hospital Insurance Fund (11.1 pc) and the National Youth Service (9.5 pc).

Kenyans are most likely to be asked for bribes at  the courts (8.6 pc), National Land Commission (8.1 pc) and the Kenya Revenue Authority (6.8 pc).

The report was conducted in all the 47 counties between November 16 and December 19, 2018.