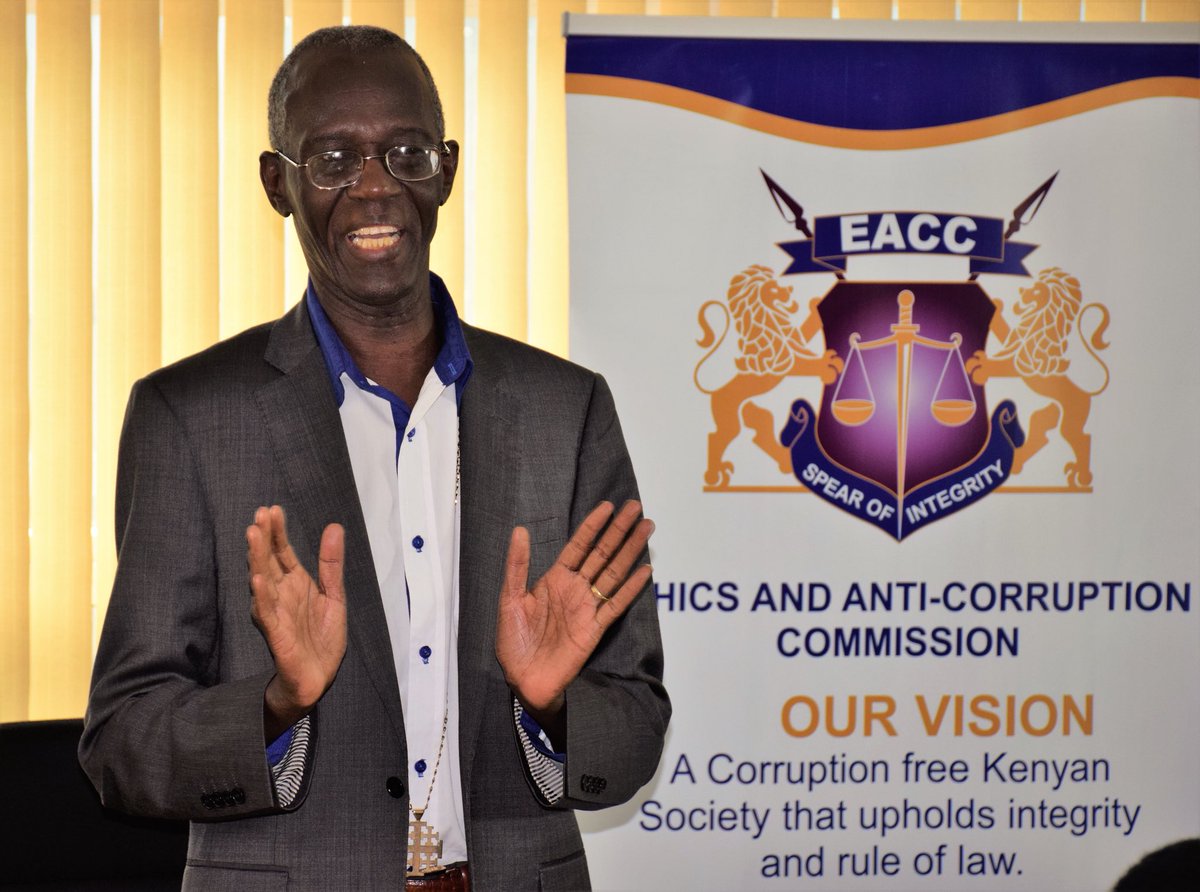 The Ethics and Anti-Corruption Commission (EACC) now wants the military subjected to audit to enhance accountability.

EACC Chairperson Dr Eliud Wabukala says failure to audit the billions of shillings allocated to the military could lead to massive misuse of the funds.

While admitting that the use of the funds was protected on grounds of national security, Wabukala called for strong and preventive measures to protect the funds.

“Billions of shillings allocated to the military are not audited unlike other State agencies raising suspicion of malpractices within the uniformed forces,” He said.

Wabukala argues that the military faces other forms of corruption such as kickbacks as well as skewed recruitment exercises.

“Military resources are managed behind a veil of secrecy, justified on grounds of national security and such resources can easily be wasted or stolen if strong preventive measures are not put in place,” he said.

While acknowledging that the commission did not have the mandate to investigate the use of the funds, Wabukala called for strong measures within the forces to protect the public funds.

“Other forms of corruption risks in the defense sector include bribery, collusion in promotions, bid rigging, influence peddling, theft of funds, embezzlement and fraud,” he said.

The retired cleric was speaking in Lake Naivasha Resort during a workshop organized by the National Integrity Academy for senior KDF officers.

“It’s imperative that armed forces are prepared to prevent or mitigate the extent, severity and impact of corrupt practices in their operational theatres,” he noted.

During the workshop, Wabukala admitted that graft remains a challenge in the Country adding that concerted efforts are needed to win the fight.

Related Content:  Lawyer Ahmednasir Turns His Back On Client Over The Bluebird Aviation Court Case

“Our experience is that a number of public institutions entrusted to offer services are continuing to perpetuate embezzlement of public resources, even after being trained on matters of ethics and integrity,” he said.

He noted that a survey EACC conducted indicated that corruption still tops the list of major challenges facing the country at 49.4, while the others are unemployment at 36.8 and poverty at 27.2 percent.

“In our communities, 67 percent of Kenyans do nothing in the fight against corruption and unethical conduct with only 5.8 percent reporting graft incidences,” he said.

Despite the challenge, Wabukala noted that the commission had in the last five years concluded investigations into 824 corruption and related cases.

“In close collaboration with the DPP, we have secured convictions in 153 cases out of the 244 corruption cases in various courts and we have recovered corruptly acquired assets worth around Sh19.9B,” he said.