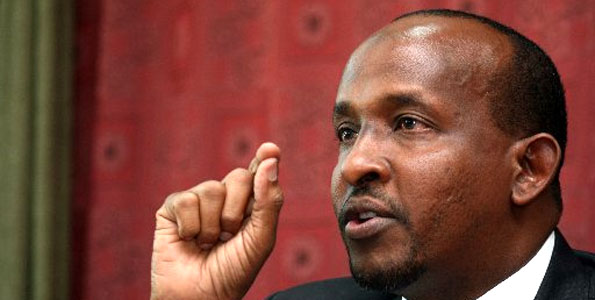 It is not enough for journalists to see themselves as mere messengers without understanding the hidden agendas of the message and the myths that surround it – John Pilger, Australian journalist, writer and documentary filmmaker.

Political reporters sometimes have a hell of a time at their work. Covering Tangatanga and Kieleweke rallies or a political funeral is a piece of cake. Sometimes one doesn’t even have to leave the comfort of their desk. Simply switch on the TV and take your notes from the live coverage.

Or if the new Senate Majority Leader Irungu Kang’ata fires a salvo at Ruto’s allies, you call up Kikuyu MP Kimani Ichung’wa or the cantankerous Kapseret MP Oscar Sudi and tell them ni kubaya. You listen to the fireworks. You have your big story.

The political landscape is full of media-savvy operators who are always willing to give a reporter a comment or gossip on the hottest story of the day. And of course you have those know-all political pundits guaranteed to give cutting-edge analysis of events even in the middle of their sleep.

But sometimes things are not that easy. A closed-door meeting is taking place somewhere and the political reporter has no way of getting in to follow the proceedings. But the story is important.

After the meeting is done, you call up your sources who attended and ask them how things went. You write your story. Happens in political reporting all the time.

But how sure are you that the account you are given is accurate, that your sources are not feeding you – and the public – their own version of the events for their political ends?

Politicians always have an agenda. And would use any opportunity available to pursue it. How does a political reporter make sure what he or she is told, especially under the cover of anonymity, is the truth – or at least they are the facts as they were at an event the reporter never attended?

Jubilee Party leader President Uhuru Kenyatta convened a much-anticipated parliamentary group meeting at State House on June 2. For days, the media had been rife with speculations that MPs allied to Deputy President William Ruto would be purged from House leadership positions and their places taken by Uhuru loyalists.

The story went that all this was part of Uhuru’s ruthless efforts to take charge of Jubilee Party and cut Ruto off at the knees, in a manner of speaking – sorry, writing.

The Nairobi media clergy appeared to agree that among the high profile Jubilee figures to be axed was National Assembly Majority Leader Aden Duale.

Heads were chopped at State House all right but Duale came off unscathed. The news coverage of the event was so confused one was left unsure of how exactly Duale “survived”.

According to the People Daily on June 3, “Aggressive lobbying by MPs and intervention by House Speaker Justin Muturi as well as protests by Somali professionals is said to have saved National Assembly Majority Leader Aden Duale from being kicked out of the powerful position.”

No, it was Jubilee MPs who saved Duale, The Standardclaimed. “At the Tuesday meet, President Uhuru Kenyatta is said to have washed his hands off Duale and asked MPs to do with him as they wished (June 4, p.6).

Daily Nation reported that Ruto saved Duale. “At the end of it all, it took the internal politics of Garissa County, deep family connections and a last-ditch effort by Deputy President William Ruto to save Mr Aden Duale from the ignominy of being kicked out as the majority leader…”

The news website Tuko reported that “Duale wept, begged Uhuru to save him from oust [sic]”.

So, how did Duale survive? What really happened? Difficult to tell. How do you know your anonymous source is not lying? How do you verify accounts of an event you never attended?

It might help to crosscheck with other sources. Otherwise, the best thing is to only publish what can be verified. Everyone understands that journalists are not psychics to read minds.

Vifaranga Vya BBI: One For The Dynasties