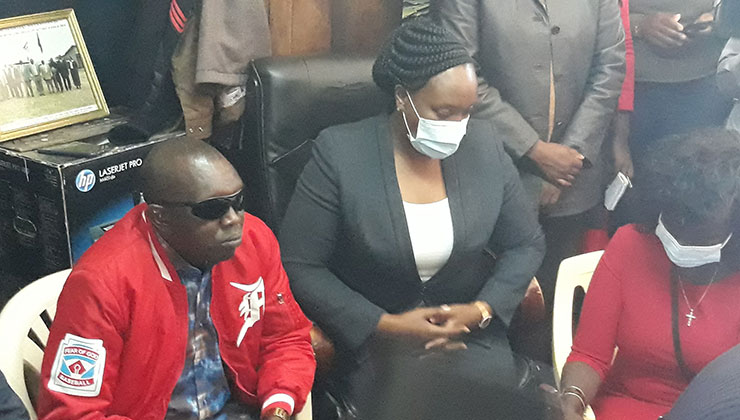 Kapseret MP Oscar Sudi has been charged with five counts, including being in unlawful possession of firearms and assaulting a police officer.

The Kapseret MP was charged with hate speech, offensive conduct, assaulting a police officer, unlawful possession of firearms and ammunition, and resisting arrest.

However, Sudi’s battery of lawyers rebutted the claims, terming false allegation that the MP resisted arrest on September 11.

“Hon Sudi presented himself to the Langas police station on his own volition,” said one of the counsels.

They opposed the prayers of the prosecution to seek a further 14 days detention, arguing that such an application is unconstitutional and breaches Sudi’s fundamental human rights.

Kenya Insights allows guest blogging, if you want to be published on Kenya’s most authoritative and accurate blog, have an expose, news, story angles, human interest stories, drop us an email on tips.kenyainsights@gmail.com or via Telegram
Related Content:  Pombe Mag - Ful Tanzania locked out of Kenya’s list of 11 International Flights set to resume in August.
Related Topics:
Up Next