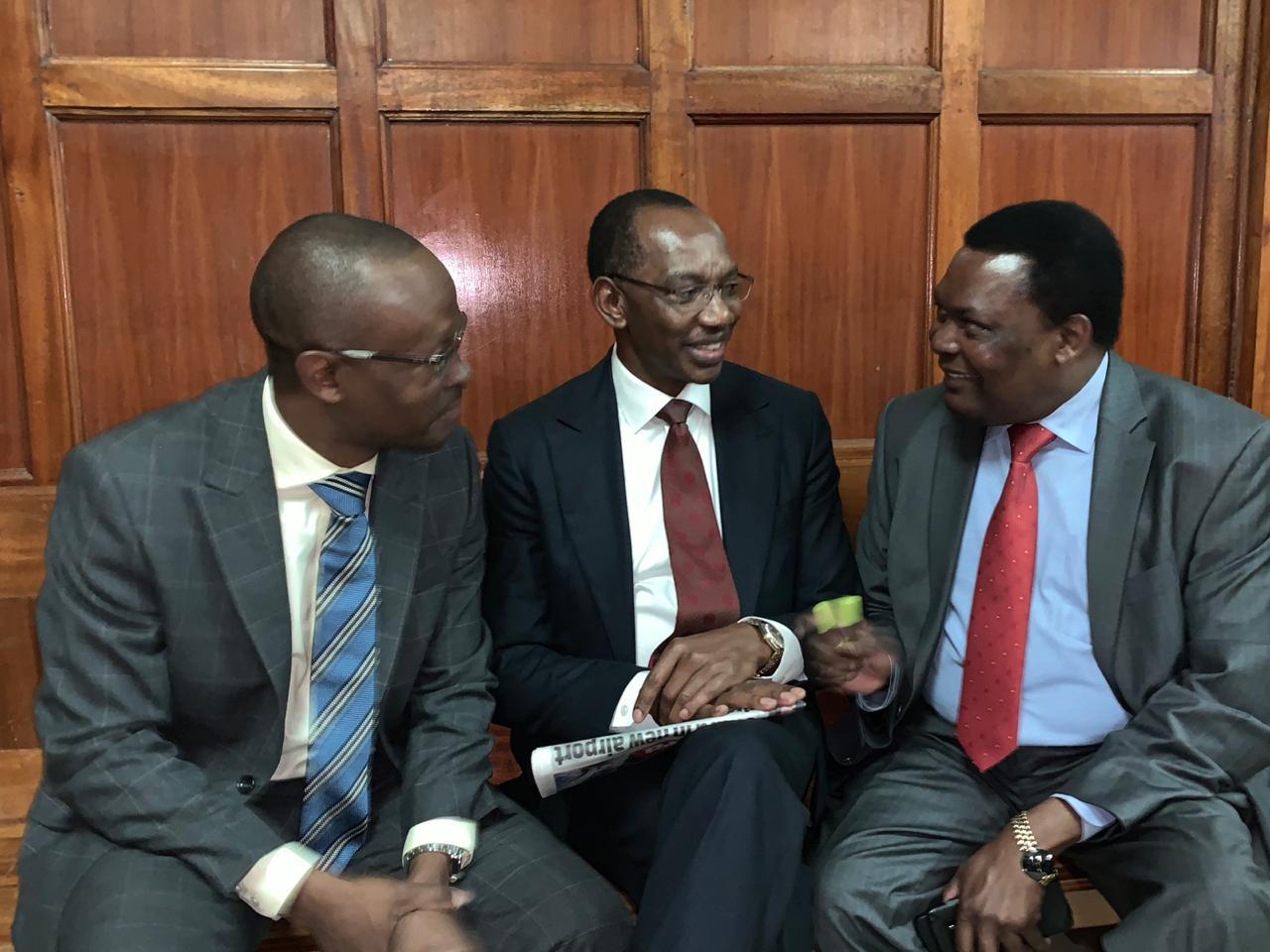 THE Director of Public Prosecution now wants billionaire Humphrey Kariuki who is embroiled in an alleged tax evasion case  ordered to stop making comments or statements in the media in respect to the case.

Kariuki is facing nine counts relating to tax evasion amounting to about KSh41 billion in connection with African Wines and Spirits company.

The businessman had indicated that the would hold a press conference after appearing at the Milimani law court for a pre-trial. The request by Senior Assistant DPP Vincent Monda, to have the tycoon and his lawyers stopped and that “no comments or press briefings be made regarding the case.” led to the calling off of the press conference with the businessman’s lawyer Cecil Miller addressing the journalists for barely 11 seconds by merely confirming they were in court for a mention before declining to take up any questions.

The businessman has contracted a PR firm who’ve activated his social media targeting sympathy media engagement in a calculated move to use it to defend himself. However, Kenyans are having none of it.

Mr Kariuki should defend himself in court not here. SHAMELESS

Very quickly becoming a Kenyan thing. Side shows to distract the people from what's really going on. Whatever you mean to say I am sure your lawyers are able to before a judge.

The whole idea of holding a press conference is simply to cry foul in the public eye for sympathy to try and fix his dented image while its obvious he was involved in tax evasion, money laundering and fraud including the 312,000 litres of illicit product worth billions of shillings in taxes found after raiding one of his companies.

Related Content:  Itumbi Shows Up In Court To Prove Strong Friendship With Maribe Has An Handshake With ‘Rival’ Jowie

“I am a patriotic and law-abiding citizen… the truth, law and evidence is wholly behind me. I shall defend myself adequately and openly for the general public to know the truth,” Kariuki was quoted saying.

The tycoon has denied all counts of forgery, money laundering and tax evasion he is facing. A mention is set for September 24 2019 to confirm receipt of copies of documents the prosecution will be using in the trial.

How Racism Has Thrived In International Football Competitions