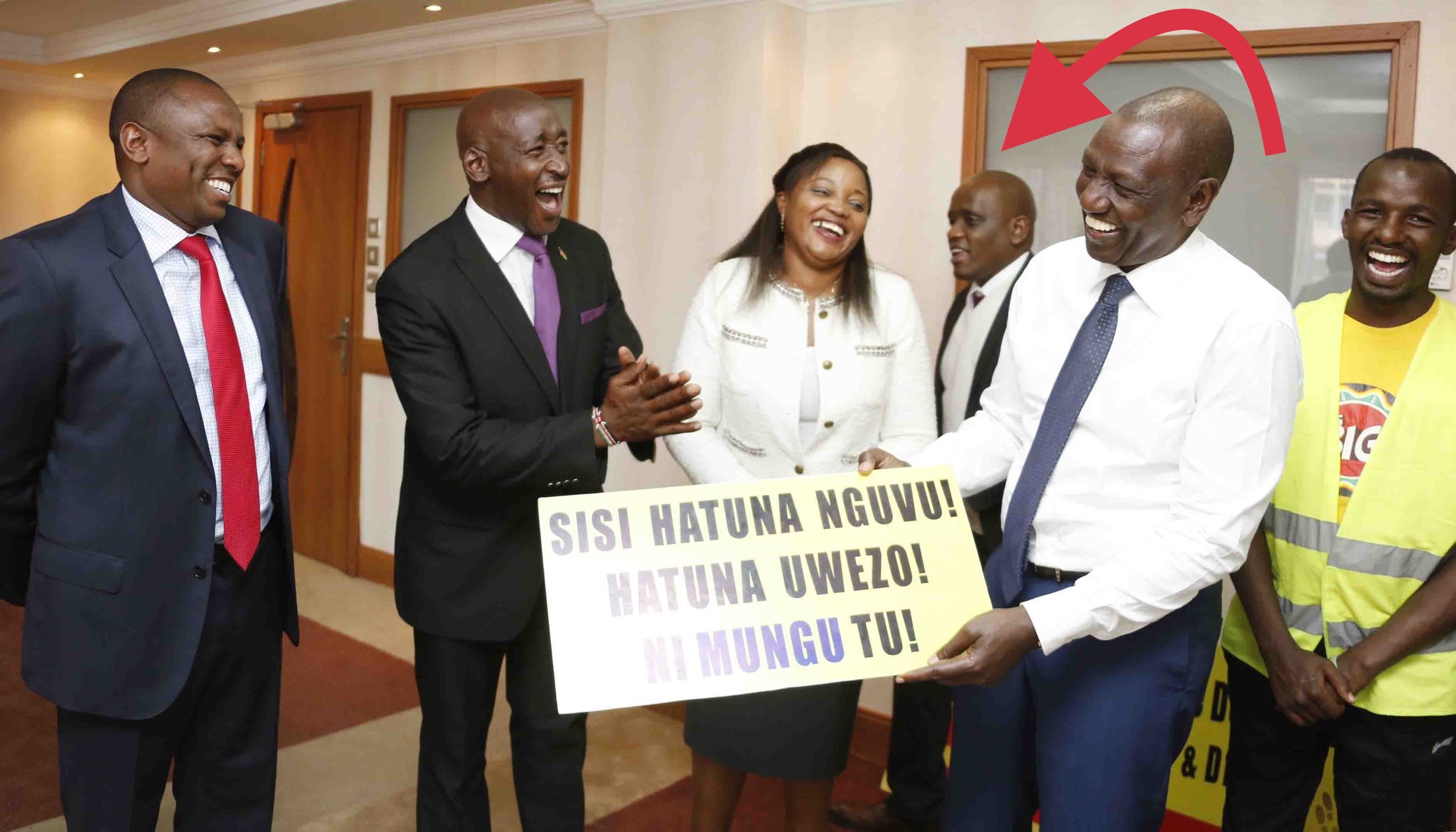 Itumbi seen going about his business at the DP’s office on Tuesday when Ruto hosted some guests.

Last week, divisions within the ruling Jubilee Party widened when a shocking claim surfaced that there was a plan to kill DP Ruto, with a section of politicians allied to Ruto pointing an accusing finger at Interior PS Karanja Kibicho.

DCI detectives investigated the claims, and said they had narrowed down on two people, who, most likely, drafted a letter that “spilled the beans” on the alleged assassination plot.

Dennis Itumbi and another Blogger identified as Sammy have since been arrested. According to the DCI, Itumbi was found to be at the center of crafting the letter that has since been determined as a fabrication.

In the wake of all this, the shocker that has hit reporters is the Office of the Deputy President distancing themselves from Itumbi denouncing him as not one of their own. Officers at the DP officers clarified to reporters that Itumbi is not their official instead a digital director in the office of the president.

This was unexpected given the fact that in the past year, Itumbi has been operating from Harambee Annex after being bundled out of Statehouse when the presidential digital team was restructured. Itumbi has been seen as campaigning for Ruto whom many see as his new boss after breaking ranks with the presidency.

Its unclear why the ODP would through Itumbi  under the bus leaving him to be hanged dry while its public knowledge he’s been part of the team. Even in death, even your shadow leaves you.

Kenya Insights allows guest blogging, if you want to be published on Kenya’s most authoritative and accurate blog, have an expose, news TIPS, story angles, human interest stories, drop us an email on [email protected] or via Telegram
Related Content:  A Friend Who Lived With Monica Kimani In South Sudan Reveals What She Was Doing And Why Her Parents Are To Blame
Related Topics:
Up Next

The Order Of Service Of The Late Safaricom CEO Bob Collymore