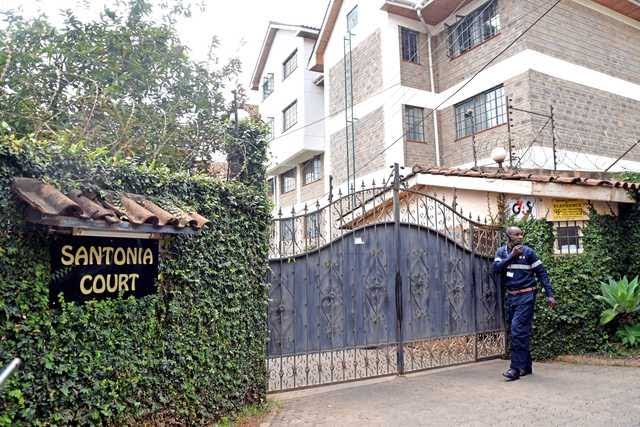 On February 12, 2012, Careen, a 26-year-old employee of Kenya Power at the time, was found dead in her apartment at Santonia Court in Kilimani, Nairobi. 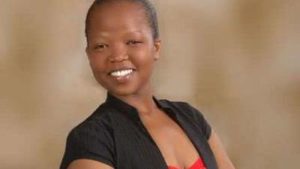 During an inquest in bid to unravel cause of death of the former Kenya Power employee, Oduor revealed that Careen bled in the eyes and neck muscles due to pressure applied on her neck by her killers.

He added that the lady’s death was as a result of lack of enough oxygen supply in various parts of vital body organs.

Few days ago Santonia Court, along Kirichwa Gardens Road, is back in the limelight for the wrong reasons after the body of Sheila Njeri Murage, 33, was discovered in the flowerbed on July 17 by workers.

Those who attended the scene said blood was oozing from her nose, and she had back injuries. So far, police said no family member or friend has claimed the body.

A postmortem examination report revealed that Sheila was sexually assaulted and died as a result of head injuries due to blunt force trauma.

Three suspects linked to her death were arraigned in court on July 23. Christine Aluoch and Claire Ng’eno were released on Sh100,000 bail. The third suspect, Shem Mang’ula, was remanded for DNA profiling.

Ng’eno was allowed to access her house even though police termed it a scene of crime.

Senior Principal Magistrate Kennedy Cheruiyot directed Aluoch and Ng’eno to report daily to the investigating officer of the case until new orders are issued.

The magistrate turned down an application by the prosecution led by State Prosecutor Kennedy Panyako to deny all the three suspects bond until investigations are complete.

Lawyer Cliff Ombeta for Aluoch and Ng’eno said due to their gender they cannot be detained for extraction of some samples for DNA profiling. He said his clients will cooperate with police to the end.

Panyako said the autopsy revealed a possible murder case that was preceded by a sexual assault.“An autopsy report indicates that the deceased died as a result of head injuries due to blunt force trauma with sexual assault preceding the murder.”

He said police are pursuing crucial witnesses and other possible suspects. Sheila was among at least four people who attended a party at the apartment on July 17. Her body was discovered the following day. It is not clear if she was pushed or hit at the scene. Tenants at the apartment said they did not know her, but she was familiar as she had visited before.The tenants told police they cannot recall hearing commotion or noise. But they said they were aware there was a party at house number B 03 on the second floor. Mang’ula was at a club along Langata Road before he joined the party.

It’s at the party that he met the woman and it is not clear if they knew each other.He told police he fell asleep on the couch on the material day and was awaken hours later by the owner of the house and taken to a room. Hours after Mang’ula had left the apartment he was called by police and asked to report to Kilimani Police Station for questioning regarding the discovery of the body.

Related Content:  How French Intelligence Spied On And Used Kabuga’s Children To Track Him Down

Police have interrogated at least 12 people in connection with the incident. They include neighbours and guards at the apartment. The occupants of the house told police the woman left the party but could not recall the time.

Police say there are no CCTV cameras around the compound to help them unravel the murder and know if there were other parties involved.“We call on owners of structures to have cameras in and around them to help in such incidents. We are now struggling to get to the bottom of this incident similar to another one that happened there in 2012,” said an officer aware of the probe.

The apartments belong to a politician. Guards said they did not see any other party get in and out of the compound to suggest an intruder committed the murder.