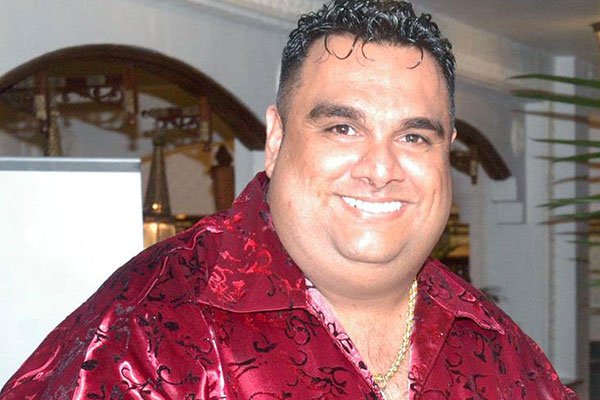 As it has always been in Kenya, when a tycoon is named in any corruption or fraudulent dealing a political cover emerges. Embattled Mombasa billionaire Ali Punjani has a strong political tie with the deep state and that’s the only reason why some of many people are hearing about him since his house was raided.

The lead detective in the Punjani’s case has stated that the crucial leads were obtained from the palatial home during the Tuesday’s raid.  The retrieved documents indicate that the billionaire spent hundreds of millions of shillings funding at least two presidential candidates, 10 governors and other dozens of MPs and MCAs.

“The man is well connected. It took us a short while after we entered his house to realise he could be 100 years ahead in terms of planning; he has thousands of sketches of his plans,” said the officer who spoke on condition of anonymity.

Punjani hit the limelight In early 2013 when he appeared in the list of Mombasa Business Community who donated a fleet of 19 Police Patrol Cars to help in the fight to curb insecurity in the County.

Mombasa Governor Hassan Ali Joho had announced that the customised Toyotas, worth Sh2.5 million each were a donation from the Mombasa Business Community including Ali Punjani, Mukwano, Grain Bulk, My Space Properties, Rising Star Commodities, Toyopet, Sangani Transporters and the Hassan Joho Foundation.

The donated Police Patrol cars were each fitted with equipment worth Sh0.5 million, including CCTV cameras with a zooming length of up to half a kilometre.

The demotions later saw Governor Joho and the then County Commissioner Nelson Marwa exchange hard words after Marwa alleged that some Police Officers had been compromised and the vehicles that Joho and friends had donated were being used to escort drug consignments.

According to former Mombasa County Commissioner Marwa, the bribed Police Officers were taking orders from the drug barons and instead of arresting the suspects in the illicit business, they were secretly aiding the smooth running of the outlawed trade by giving safe passage to drug caches targeting the Coast market.

On Tuesday, DCI detectives obtained clues and documents they believe can help unmask the real Punjani and how he was able to amass such incredible wealth and live large in secrecy.

The Police has said that the war Narcotics is not going slow anytime soon as they have all the links and they were pursuing more big shots in the network of drugs cartels at the Coast and the country at large.

Punjani’s Nepalese wife and Indian women found inside his mansion are also in custody aiding the Police to uncover the Punjani’s dark web nature of businesses he deals in.

“There were Nepalese and Indians inside that house. We obtained their travel documents and communication gadgets and established that they have been to other African countries before coming to Kenya. We have been piecing together information to establish the kind of businesses they are in and their link with the suspect,” the source told the local press.

“When I tell you this man is miles ahead I mean it. He was monitoring the entire search from wherever he is. He remotely controls the cameras,” DCI detective said.

Tuesday’s raid also helped the Police who obtained CCTV camera Digital Video Recorder (DVR) which, they say, will help them review footages of people who visited the home for the past one month. According to the sleuths, Punjani has a wide range network of informers in the Police force who according to the Police, started calling detectives shortly after kicking off the search.

“Even today, we have received several calls. We don’t even know where and how they got our contacts,” said the officer.

Kenya Insights allows guest blogging, if you want to be published on Kenya’s most authoritative and accurate blog, have an expose, news TIPS, story angles, human interest stories, drop us an email on [email protected] or via Telegram
Related Topics:Ali Punjani
Up Next