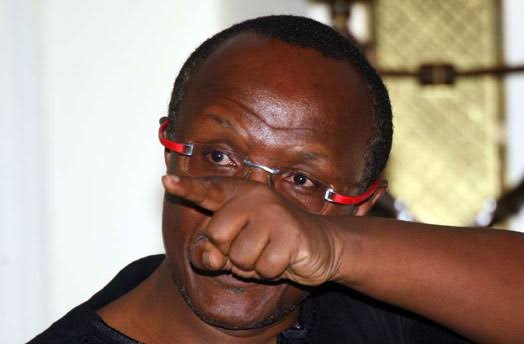 In the heated debate about BBI, the fearless and openly critic of the Kenyatta’s presidency, David Ndii, a top world ranked economist is not taking prisoners. In his latest arguments, Ndii alludes that the handshake initiative and just launched BBI report is only meant to lengthen the dynasty of the Kenyatta’s and Odinga’s. Ndii has loudly termed the report as a POLITICAL FRAUD.

Ndii whom has never hidden his hatred and criticism of Uhuru Kenyatta’s presidency, has taken a controversial side by siding with DP Ruto whom he has equally criticized. Responding to a question on an article on the Standard about Uhuru rallying a call to a new Kenya following the BBI launch, Ndii said, “Uhuru Kenyatta stole an election. Raila traded people’s quest for electoral justice for a personal, secret deal. The victims are excited by diversionary red herrings that have nothing to do with this impunity as we hurtle to another election up for stealing.”

When challenged as to why he’s supporting Ruto who’s equally an accomplice to the supposed electoral fraud with Uhuru, Ndii went all the way, “Let me be clear. The imperative for progressive forces is to send both Ruto and the dynasties home. But if God forbid we must suffer one evil let us suffer Ruto—him we have a fighting chance. If we don’t uproot the dynasties in 2022, they will enslave up to our grand children.”

Ndii was previously a NASA’s strategist where Raila was the Principal in the highly contested 2017 elections. DP Ruto has been alleged to have been linked to numerous corruption scandals in Kenya I which taxpayers billions were stolen and he’s contesting for 2022 presidency as Uhuru prepares for his exit.

Related Content:  VIDEO: Rogue Embakassi Cops Reign Terror On Club Revellers After Beating By KDF Soldiers
Kenya Insights allows guest blogging, if you want to be published on Kenya’s most authoritative and accurate blog, have an expose, news, story angles, human interest stories, drop us an email on tips.kenyainsights@gmail.com or via Telegram
Related Topics:
Up Next