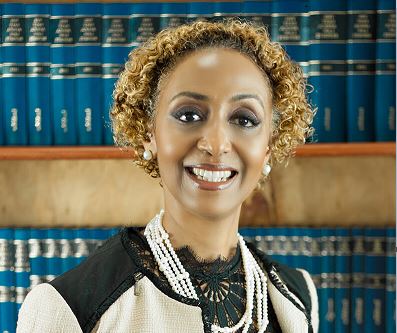 Dar es Salaam. A Tanzanian law firm IMMMA Advocates has announced an end of their partnership with Fatma Karume a decision which sees the outspoken lawyer being excluded from the firm’s position that she has served for over 10 years as senior partner.

The news became public Monday September 21 after Ms Karume posted on her Twitter account a letter written to her by the law firm’s Managing Partner Sadock Magai.

The letter informed her about the firm’s decision to no longer wish to carry on the business of the law firm with her.

However, the letter didn’t include reasons why the firm reached the decision against a senior partner.

Everything has a beginning and an end. This is to inform you all that I have been FIRED from the Firm that I helped build. My sin: “ACTIVISM”. pic.twitter.com/stOTJKb4jj

The law firm consists of a multi-disciplinary team of lawyers, and has been a premier provider of legal services in the country and in the African continent.

“Please be advised that the equity Partners (other than yourself) met on September 16, 2020, to deliberate the relationship which subsists between them and yourself and resolved that they no longer wish to carry on the business of IMMMA Advocates in common with you..” reads a part of the letter.

“You will be compensated in accordance with Article 3.5(b) and other relevant provisions of the Partnership Agreement and applicable law” the law firm said.

Ms Karume  has been issued with a 30-day notice to make necessary arrangements to return the firm’s possessions and smoothly handover of all matters which she was currently handling on behalf of the law firm.

Reached over the phone on Monday, Ms Karume slammed the law firm for not giving her a chance to explain and resolve the differences before approving her removal from the firm.

“Two weeks ago, they (the firm) sent me a letter asking me to stop political activism or they will fire me. I told them I am a lawyer and it is my job to speak for the community,” said Ms Karume.

She added that she received the letter by surprise.

Why Tuju Wants Judge In His Sh1.6B Debt Case With EADB Sacked