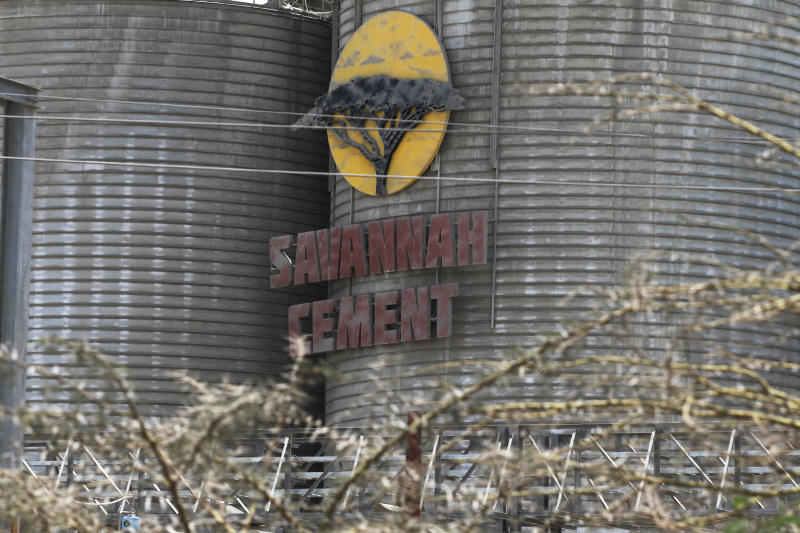 Savanna Cement limited has failed to block Kenya Commercial Bank from appointing an administrator to manage the company over a debt.

Justice Wilfrida Okwany dismissed the application by the cement maker saying the company failed to prove that the bank will not be able to compensate it in damages should its case be successful.

Justice Okwany further noted that the amount due and owing from Savannah Cement is quite substantial. Absa bank is also seeking millions from the cement maker and had opposed KCB’s takeover.

“In this regard, I find that KCB and Absa Bank are parties on the receiving end as they are likely to suffer prejudice and irreparable loss if the orders sought herein are granted,” noted the Judge.

Savanna Cement ltd wanted the court to block KCB’s plan to sell its property, appointing an administrator or liquidator, pending the determination of its case.

The firm’s director Benson Ndeta told the court that the company borrowed several facilities by the two banks separately and the company has continued to repay its loans and honour its financial obligations as required by the charge instruments and debentures.

Ndeta added that while company was in the process of clearing several loans and had requested to restructure the loan repayment terms.

He accused KCB of increasing the repayable amount in breach the in duplum rule as provided under section 44A of the Banking Act.

“Despite our request to be provided with an account statement for purpose of ascertaining how the balances reached the astronomical levels and redeem the correct outstanding balance, KCB and Absa Bank jointly and severally have proceeded to threaten the company with the Bank’s recovery Remedies,” MD Ndeta told the court.

The MD further claims that the Banks has coerced the cement company to make a proposal of redeeming all the outstanding loans with Sh5 billion which amount the Banks have neither rejected nor counteroffered but have immediately sought to exercise their bank recovery Remedies.

Ndeda said the move will have various adverse effects of breaching the company’s right to redeem the outstanding actual and correct loan balances fairly and justly.

According to the MD, the company has various ongoing contract for the supply of cement to various projects being undertaken by the National Government, which would automatically be terminated without opportunity of renewal, if KCB makes good the threat.

The company said it is in the process of completing the funding of its Clinker Project which will allow it to get all the funds necessary to clear and pay all its outstanding liabilities.

The sizeure, however, would see the company lose funding and jeopardize the exercise of its right to redemption.

KCB Bank through its head of special assets Alfonse Kisilu opposed the company application and confirmed that the bank extended loan facilities to the savannah cement but added that the company defaulted on the interest payment by Sh297,005,320.50 and penalty interest of Sh13,518,511.25.

Absa Bank through head of business Faith Mutuku opposed the application adding the company admitted it had defaulted in its obligation to pay the debt.

“Savannah Cement ltd had agreed to be bound by the the terms of the facility agreements which included comprehensive repayment scheduled that indicated when the repayment was due and how much was to be paid,” Mutuku.

Blow To Safaricom Employee Who Was Diagnosed With Acoustic Disorder