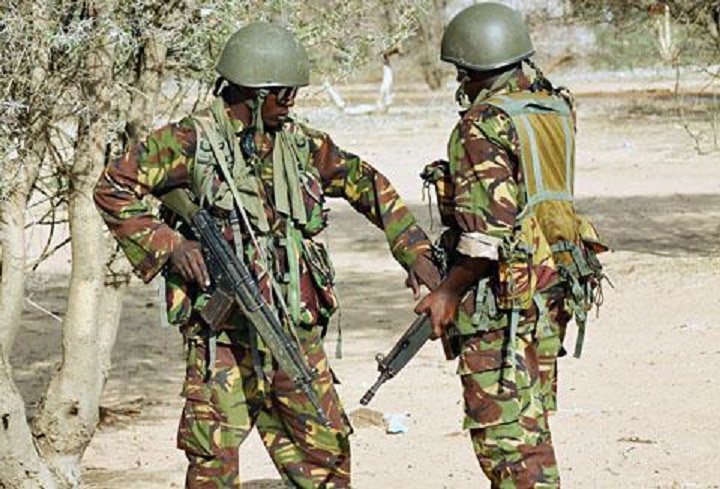 Operation Linda Nchi launched in October 2011 with Kenya setting its military boots in Somalia to combat and wipe out Al-Shabaab, a terror group which kidnapped several tourists within the Kenyan borders bringing one of the country’s top foreign exchange earner (Tourism) to its knees.

As the operation progressed, Kenya pushed Al Shabaab militants away from its borders taking over Kismayu; a Somalia town whose ports Al-Shabaab used to generate revenue to funds its operations across East Africa.

Kenya seemed to have weakened the terror group, but its celebrations were short-lived when Al Shabaab changed its style from conventional warfare to asymmetric; hit and run tactic through its cells. Al Shabaab launched several attacks within the Kenyan borders, and Westgate siege was the worst just months into Kenyatta’s administration.

The attack saw 67 people losing their lives and property worth millions destroyed. The government only blew hot air which never spared the country more attacks. The Minister of Interior then, Joseph Ole Lenku’s inability to man the docket was in broad public glare and so was the lack of coordination between the police and the military handle the rescue operation.

With the hot air having been blown for a few days, the nation forgot and heads were again buried in deep sands then came the Mpeketoni attack. The assailants attack the coastal town for hours setting two hotels on fire and killing dozens of innocent Kenyans.

The strategy to deal the camouflaging terror group still seems unchanged even when the enemy had set foot within our borders again and torching villages. Rumours of ignored intelligence have never missed after any attack.

Garissa University attack came days after Britain, the United States and Australia warned their citizens of visiting Garissa and Mombasa among other areas for fear of terror attacks.

The government came out strong to tell off the west on the travel advisories. “…..I have not heard British issue travel warnings against other European capitals. We want to send a strong message that they will not intimidate us with these threats” President Kenyatta said.

The Al Shabaab militants in Somalia

Foreign embassies had known that attack was imminent, but these advisories were ignored because Kenya loosely thought that Britain was hitting back because of the stalemate with the British training programme.

British foreign secretary Phillip Hammond criticised Kenya for sitting on intelligence information making it hard to review the warnings. It’s the duty of the government to protect its people and property, continuous and similar attacks claiming lives have no place but dangerous security strategy that would checkmate the enemy.

Al Shabaab has now resorted to attacking the countries security forces. The worst being the January 15 attack in Kenya’s defence camp in El Ade, Somalia. The attack that saw over a hundred soldiers killed and several captured was also blamed on ignored intelligence.

Kenya is becoming a place where things happen, and people move on. The recent attack on five police officers by Al Shabaab in El Wak, Mandera County as they escort a bus is a clear indication that the strategy to deal with Al-Shabaab is failing.

Kenya is fighting a war whose end is not known but what is ailing its counter-terrorism strategy is known. Ignorance of intelligence reports has seen even the National Intelligence Service (NIS) on the back foot, corruption, majorly in police and immigration departments and weak anti-terror strategy despite having a competent force.

Police are one the most corrupt institutions in Kenya and some of its senior officers have been suspected of rocking the anti-terror boat from within. The military incursion whose aim was to create some buffer state to keep Somalia’s instability away from Kenya has achieved the opposite. No buffer state has been established through Jubaland bringing Somali chaos closer to home. The militant group in their propaganda videos have often reinstated that penetrating into Kenyan borders are the easiest since the poorly paid security officers quickly take up bribes, this allows them to roam freely.

In the case of Mpeketoni, the killers were said to have penetrated through from Somalia passing untouched despite the numerous police blockages, reports of bribery to facilitate the movement was reported. Ignoring intelligence is the greatest failure that is costing the country. Evidently, theres a poor coorporation between the Nation Intelligence Service and law enforcement officers or pure broadcast of incompetence.

Talking openly and critising the loopholes in the security system is quickly silenced with muzzling arrest of those who are brave enough to speak up. For how long as a country will we be silent while the problems we’re facing can be prevented by pushing for the security organs to tighten the noose and be more competent? Will this article be the ignition of an arrest warrant on the writer? All said, Kenya need to be more secure, the law enforcers need not to perish but the enemies.

Kenya Insights allows guest blogging, if you want to be published on Kenya’s most authoritative and accurate blog, have an expose, news TIPS, story angles, human interest stories, drop us an email on [email protected] or via Telegram
Related Content:  The Wolves Of Umoja: How West African Sex Pests Are Abusing Nairobi Women
Related Topics:AlshabaabAnalysisInvestigationsKDFKenyaOpinionSomalia
Up Next