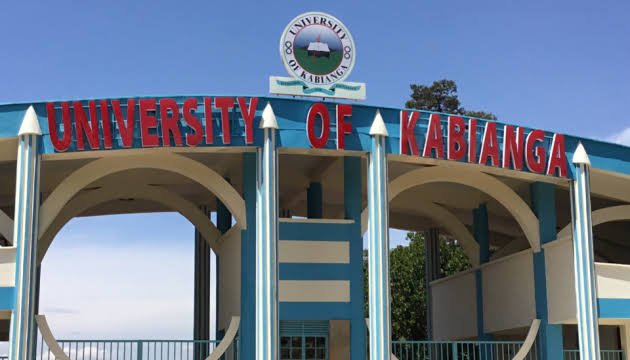 Tender wars, tribalism and corruption have crippled the academic standards as well as infrastructural development at the University of Kabianga.

According to Weekly Citizen, in the worrying trend of alarming tribalism right from the management board, deans to the director, it’s the names of the Kalinjins which have prominently featured.

The ethnic imbalance is clearly laid out, from the 8 management board members, there are only three individuals from other regions, Prof Elijah Omwenga(DVC A and SA), Prof Maurice Oduor (DVC, PRD) and Ms Ayuma Robai (Legal Officer).

Kabianga University is tussling with a range of dubious deals and the masterminds of the dirty deals are folks speaking the same language— vernacular to be specific.

An audit report by the outgoing Auditor General Edward Ouko revealed a widespread financial mismanagement. Ouko pointed to a possible escalation of the sh1, 075,100 Pineapple plant project that is now haunting the masterminds.

On their 7th graduation ceremony, council chairperson Dr Florence Nyamu managed to sneak her defence inside her graduation day message in a handsomely paid Newspaper advertisement. Kenya Insights could independently establish whether Nyamu directly benefited from the loot but she was tasked to defend the controversial project.

According to Dr Nyamu, the University is implementing the fruit juice processing plant to process pineapple juice and other fruits towards ththe the pillar on food security. 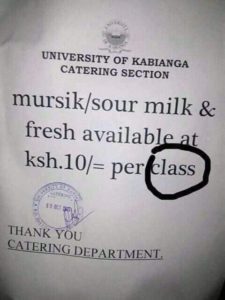 There are myriads of similar issues that have turned the university into a laughing stock. In a most recent case, the grammatical error in communication targeting fourth-year students drew the wrath of students who faulted the institution for its ineptitude. Students from other universities now refer to Kabianga as a localized university and should, therefore, be forgiven for such errors seemingly driven by vernacular influence. 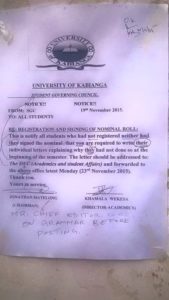 The Weekly Citizen also published that Gatundu MP Moses Kuria is intertwined in the controversial sh1.2 billion construction tender at the University. Irate group of professionals from the Rift Valley region alleged that Kuria is associated with the company that was awarded the lucrative tender at the expense of all the qualified Bomet County contractors to revamp and construct the university.

Related Content:  The 'Stormzy Effect' And How It's Helping Black Students Get Cambridge University Admissions
Kenya Insights allows guest blogging, if you want to be published on Kenya’s most authoritative and accurate blog, have an expose, news TIPS, story angles, human interest stories, drop us an email on [email protected] or via Telegram
Related Topics:nepotismProf Eric KoechtribalismUniversity of Kabianga
Up Next