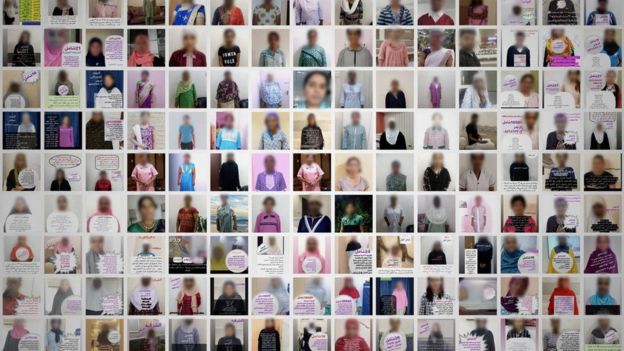 A BBC Africa Eye report has revealed how maids are being sold in a booming black market through some apps on the Google and Apple stores. The Silicon Valley’s Online Slave Market alleges that Google and Apple have been approving and providing apps used to promote human trafficking and modern slavery.

“What they are doing is promoting an online slave market,” Urmila Bhoola, the UN special rapporteur on contemporary forms of slavery stated. “If Google, Apple, Facebook or any other companies are hosting apps like these, they have to be held accountable.”

Some of the trade is being carried out on Facebook-owned Instagram, where posts have been promoted via algorithm-boosted hashtags, and sales negotiated via private Direct Messages. The hashtags used to popularize the slave apps include ‘#maidsfortransfer‘

Through the undercover investigation, the team found that children as young as 16 years old were being offered for sale in Kuwait on a popular commodity app called 4Sale. The cost of buying the girl was about Ksh.392,502; according to the BBC, she was being sold alongside things like second hand cars, lawnmowers and TVs. The BBC undercover team spoke to upto 57 app users and visited more than a dozen people who were trying to sell them their domestic worker via the app.

The sellers almost all advised the undercover agents to confiscate the women’s passports, confine them to the house, deny them any time off and give them little or no access to a phone. “The team spoke to 57 app users and were invited to meet women being offered for sale by more than 15 Kuwaitis on apps available on Google Play and the Apple App Store, and through adverts posted via Instagram, and they were encouraged by sellers to keep wages low, confiscate the workers’ passports, deny them the right to a day off or holiday, and restrict the movement and communication of the domestic worker outside the household,” BBC reports.

Related Content:  Spying: Landlords To Give Your Phone Numbers To NIS

The 4Sale app allowed you to filter by race, with different price brackets clearly on offer, according to category. “African worker, clean and smiley,” said one listing. The BBC team learned how domestic workers were used as a commodity. “You will find someone buying a maid for 600 KD (Sh200,000), and selling her on for 1,000 KD (Sh330,000),” a seller told them.

The report further alludes that the online slave market is not just happening in Kuwait. “In Saudi Arabia, the investigation found hundreds of women being sold on Haraj, another popular commodity app. There were hundreds more on Instagram, which is owned by Facebook.”

After being alerted to the issue, Facebook said it had banned one of the hashtags involved. Google and Apple said they were working with app developers to prevent illegal activity. Google told the BBC that they are deeply troubled by the allegations, as this type of activity had no place on Google Play while Apple said that they strictly prohibit the solicitation or promotion of illegal behavior, including human trafficking and child exploitation in the App Store and across every part of their business.“We take any accusations or claims around this behavior very seriously,” they stated.

A spot check by Kenya Insights shows an app going by the same name based in Kuwait is still up in the Google and Apple stores.

Related Content:  ‪Money Heist: G4S Has A Long History Of Getting Robbed‬
Kenya Insights allows guest blogging, if you want to be published on Kenya’s most authoritative and accurate blog, have an expose, news TIPS, story angles, human interest stories, drop us an email on [email protected] or via Telegram
Related Topics:
Up Next

How To Stop People From Adding You To Annoying WhatsApp Groups

If You’re Using An Android Phone, Delete These Dangerous Apps