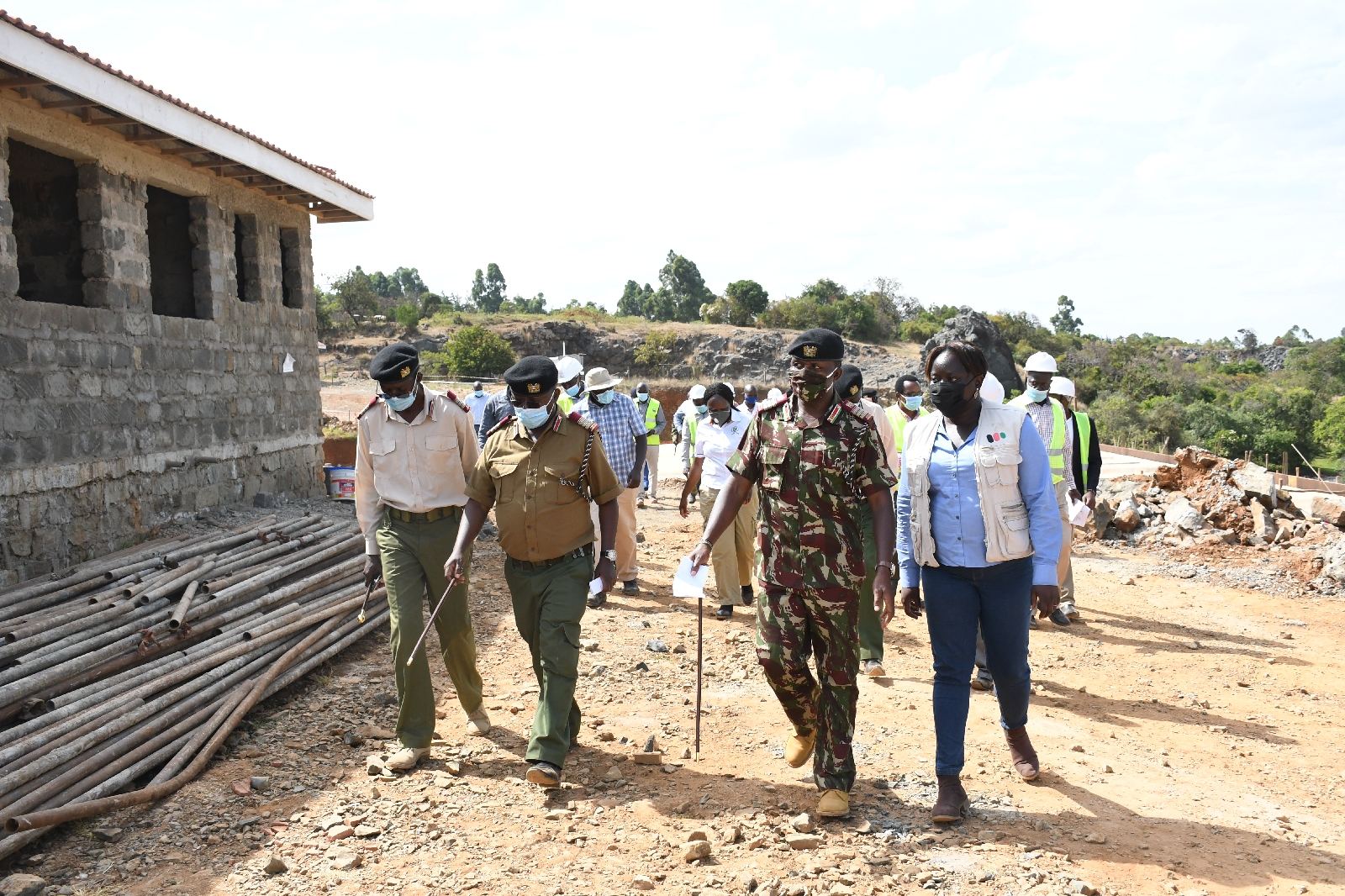 Edwin Gachie, under Sobetra Construction Company and two contractors under Nanchang Foreign Engineering (Kenya) Co. Ltd _JV were arrested for shoddy works and the latter for not even starting the road project despite being paid an advance payment of Sh188million.

The Regional Commissioner who was in the two counties to inspect ongoing government projects was shocked that the said projects were poorly done, some halfway while others had not picked up at all yet the government had released funds for the projects.

“I’m extremely disappointed with the amount of work that the contractor has done, the quality of work is equally poor,” said the administrator.

The commissioner noted that the contractor had abandoned the 54km road along the Timboroa- Meteitei-Songhor-Kopere in Tinderet sub county.

The road project awarded to Sobetra Construction Company in 2016 was to be upgraded to bitumen standard and have performance routine maintenance.

“This road was to be completed by February 2021 yet it is not even halfway done, neither are the roadworks properly done,” noted Natembeya.

The site Engineer Edwin Gachie was at pains to explain to the team that they are working on the road but the glaring poorly done road works could not support his explanation.

Most noticeable was a section of the road in Kamelil location that had been cut off, and another bridge that was halfway done and abandoned.

“We cannot entertain contractors carrying out shoddy works at the expense of the tax payer’s money. The main contractor will either be required to subcontract or reassign the works or the government to terminate and advertise the works for a new contractor,” remarked the RC.

It was clear to the inspection team that Sobetra had abandoned the roadworks and was not able to continue with the fact that their old machinery were stationed at the site, covered by tall grass.

The resident Engineer Walter Nyariki informed the team that the staff had also not been paid for a year which prompted them to abandon the works.

Natembeya’s visit comes barely a week after a joint project implementation visited the road links and were not happy with the contractors roadworks though having received an advance payment of Sh1.55 billion out of the total contract sum of Sh3.59 billion.

“You cannot claim that you do not have funds to complete the project yet while you were being awarded you convinced the tender committee that you had the technical and financial capacity to do the works,” said Natembeya.

The RC also visited the KETRACO project in Nandi Hills that is supposed to evacuate power from Olkaria-Lessos-Kisumu.

The project was to be completed by end of January 2021 but due to the late shipment of materials from China, the project manager Samson Akuto assured the team that it will be ready by the end of the first quarter next year.

Akuto said the project is currently 86 percent complete save for the issues of wayleave that requires land owners to be compensated for the works to continue.

Natembeya tasked the County Commissioner Geoffrey Omoding to fast track the acquisition of titles since some of the land owners did not have the required documents which was delaying compensation and equally the project.

Meanwhile the Regional Commissioner urged the Kipkaren dam water supply contractor in Uasin Gishu to speed up the works as scheduled.

Workers at the site had downed their tools for delayed payments of their dues but the contractor Machiri Ltd assured the project implementation team that payments will be done today and workers resume immediately.

The dam will supply water to the residents and institutions in both Uasin Gishu and Nandi Counties. The project is funded jointly by the government of Kenya and the African Development Bank at a cost of Sh1.18 billion.

Other officials who accompanied Natembeya during the ten-hour inspection Thursday were; Nandi County Commissioner Geoffrey Omoding and his Uasin Gishu counterpart Stephen Kihara, and members of the County Development Implementation Committee.