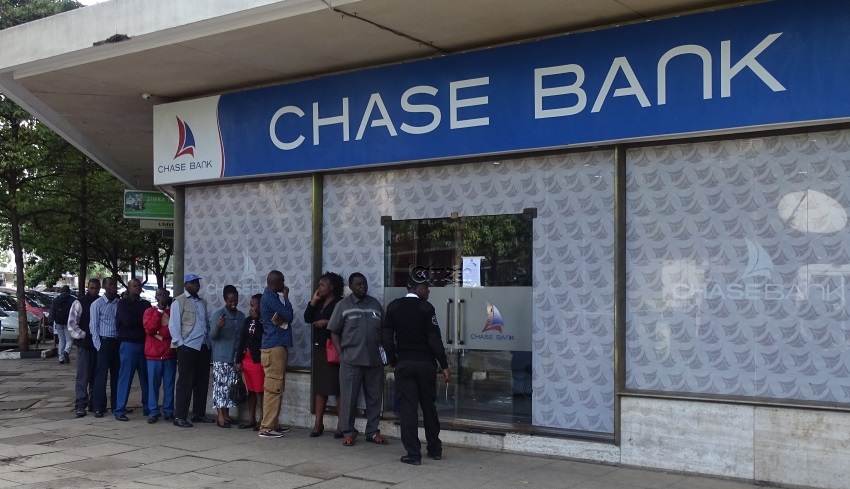 The Central Bank of Kenya (CBK) has appointed the Kenya Deposit Insurance Corporation (KDIC) to commence liquidation of Chase Bank Limited In-Receivership (CBLIR) due to its weak financial position.

According to CBK Governor Dr Patrick Njoroge the process which will result to the sale of the remaining 25% of the value of moratorium deposits along with other assets and liabilities will help clear outstanding payments to creditors and depositors.

An independent audit commissioned by KDIC in December 2019 and which was submitted in September last year revealed gaps in the lender’s financial books prompting the insurance corporation to recommend its liquidation as the final option in its report to the regulator on 7th April, 2021.

“The report indicates that considering the weak status of CBLIR’s financial position, liquidation is the only feasible option,” said Dr Njoroge.

The distressed lender was placed under receivership on On April 7, 2016 by CBK due to liquidity constraints which the regulator said was fueled by “inaccurate social media reports” and the stepping aside of two of its directors making it unable to meet its financial obligations.

According to Dr Njoroge, liquidation would facilitate the orderly resolution of the residual assets and liabilities of Chase Bank to protect the interest of CBLIR depositors, its creditors, and the wider public interest.

In August 2018, Mauritius-based SBM Holdings through its subsidiary SBM Kenya completed the acquisition of 75% of CBLIR’s assets and liabilities which include value of deposits under moratorium,all non-moratorium deposits at CBLR, 50 branches and majority of employees.