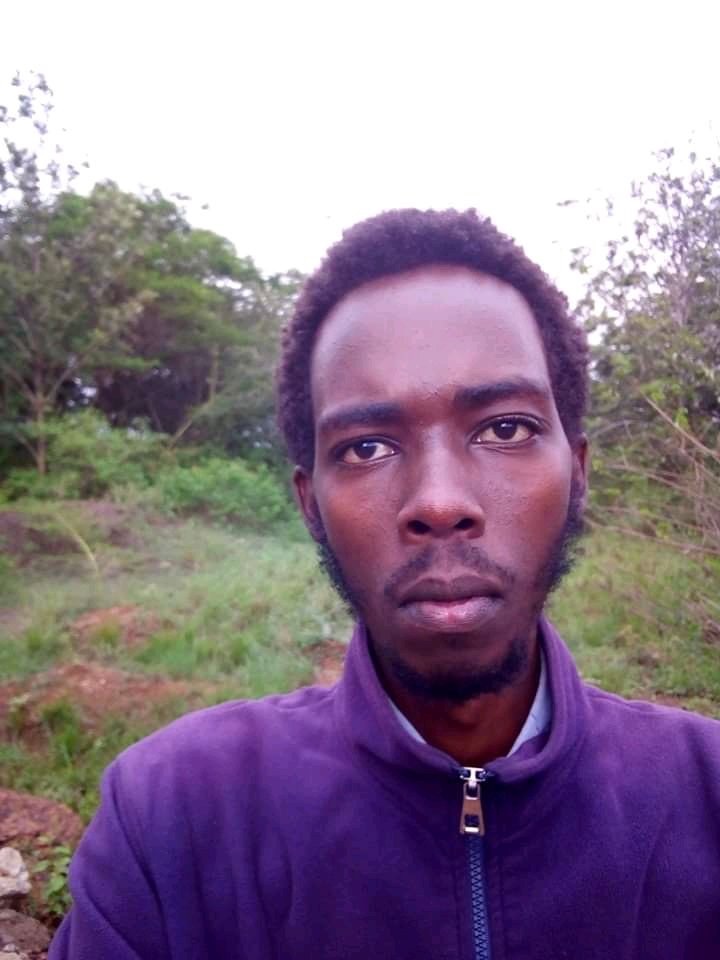 Story of Brian reads something like a movie which is yet to be classified. From his Facebook timeline where from time now he has been sending the president threats, it shows a young frustrated man with a mind of his own.

Following threats to president and daring to take action himself, Brian who claims to be an Ethiopian by principles jumped over the fence of Statehouse gate B and when he was told to stop by the guards, he withdrew a knife prompting officers to fire injuring him.

Luckily, he survived and has since been referred to a mental Hospital for checkup as he recovers from the bullet wound on his shoulder he sustained in the botched attack.

Of concern is what motivated the young man to pull a move that can only be described as suicidal. It has since emerged that Bera, a 5th year Mechanical Engineering student at Jomo Kenyatta University of Agriculture and Technology (JKUAT) has the attack all planned out, publicly, on his Facebook page which is currently going viral.

“Let my messages reach everyone. I am going slay Thief President Uhuru Kenyatta. Those calling me mad, why have you not come to arrest me and take me to Mathare? I have been here inside Jkuat. I will slay whoever is partner with thieves that stole my inheritance. Whoever stole the land God gave to my fathers must die.” He says in one of his ranting posts.

He continued, “I’d rather be a house boy slave in Amhara Ethiopia than be an Employee under a Kikuyu in Kenyan government even if I am the Deputy President. Uhuru Kenyatta and his people Kitos stole my ancestral land. They stole my inheritance.”

“I will start by slaying Uhuru Kenyatta with the sword then I will take back my land from my oppressors.” Said the university student insinuating his key issue being out of elites oppression.

“I had a dream in June 2015. In the dream, I saw a sword pierce through the chest of President Uhuru Kenyatta near my home in Kitale.

In one of the dreams a hand held the sword. I perceive that hand to be God’s hand.

In the second dream, my hand held the sword that pierced through the chest of President Uhuru Kenyatta around where the heart is located.

Share this message until it reaches President Uhuru Kenyatta.

If he does not arrest me, then he uses threats to prevent people from speaking the truth.

Since he is just a man of threats, I will take the action of war against him.” He wrote.

In his last post before resorting to the action he threatened to personally attack the president, Kibet posted on his Facebook, “

To: Thief President Uhuru Kenyatta and his partners

God has sent me to execute judgement on every thief and every partner of a thief.

And true to his words, he attacked Statehouse.