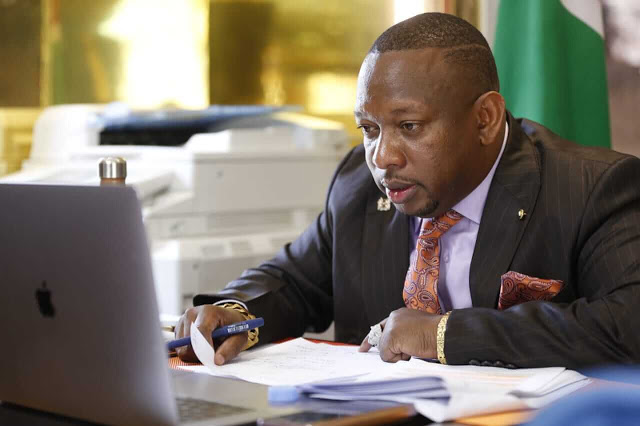 Intrigues surround the impending impeachment motion against embattled Governor Mike Sonko with a section of members of the Nairobi County Assembly vowing to take a vote Thursday afternoon despite an inter party hearing at the Employment and Labour Court.

The court on Tuesday temporarily barred the MCAs from discussing the motion pending the hearing and determination of the case.

The governor has however employed every tactic at his disposal to block the process and besides rushing to the courts to save himself, he has now ferried several MCAs to Mombasa in an attempt to ensure the motion does meet the two thirds majority requirement.

Kilimani MCA Moses Ogeto who is spearheading the process says they have the requisite number to convene the assembly at 2.30pm and is confident that the vote will not flop as anticipated.

“As far as we are concerned, the impeachment was tabled last Thursday and its maturity is today, we have the numbers to kick off the process as per the standing orders “he told journalists outside the assembly.

Ogeto at the same time rubbished claims that the 82 ward reps were coerced into appending their signatures in favour of the impeachment.

“The mover of the motion never convened any Kamkunji as claimed. The MCAs voluntarily signed the motion and we are ready to forward the signatures to the DCI for authentication ”he added.

The embattled governor was momentarily arrested on Monday before his eventual release in a turn of events his handlers claimed was part of a wider scheme to intimidate him and his supporters.

Minority Leader Michael Ogada had last Thursday tabled a notice of impeachment motion at the Nairobi County Assembly complete with signatures of 86 MCAs who had endorsed the plan out of the 122 MCAs at the assembly.

82 MCAs would however deny appending their signatures claiming that the exercise was a forgery.

The MCAs had listed four key grounds for the removal of the governor: a gross violation of the law; committing a crime under the national and international laws; and lacking the capability to run the county.

Section 33 of the County Government Act gives a procedure to impeach a governor to start from the assembly. It should receive the support of two-thirds of all members of the assembly to proceed to the next stage.

If it goes through, county speaker informs the Senate speaker within two days and the battle moves to the Senate.

The latest attempt to impeach Sonko came just months after the embattled governor turned to the courts earlier this year to stop an attempt by a section of MCAs to topple him.