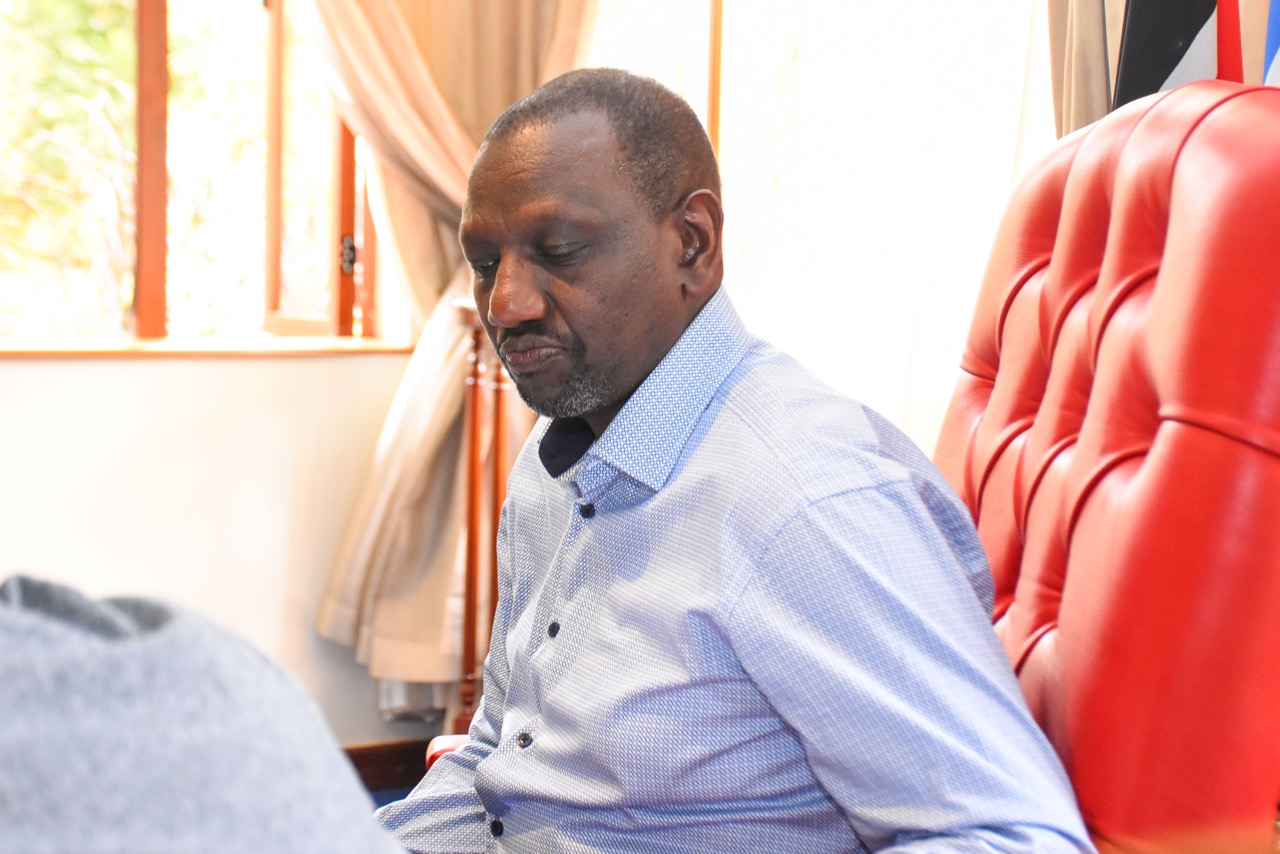 Deputy President William Ruto is proposing the incorporation of proposed amendments to the constitution as contained in the Building Bridges Initiative report alongside the 2022 General Election.

Speaking at his Karen residence after a meeting with a group of political leaders, Ruto said proponents of the planned plebiscite should give those who have expressed reservations on some of the proposals a chance to be heard. Ruto argues there exists a window for a win-win situation saying the planned referendum should not be used to further divide the country.

While appreciating that the current document is an improvement to the one presented at Bomas, Ruto said outstanding contentious issues including bloated government, affirmative action should be addressed before the Building Bridges Initiative report is subjected to a vote.

“We have made progress in the document so that it accommodates everyone. Our goal is to ensure that we do not have a contested referendum,” noted the Deputy President.

According to Ruto, the ongoing signatures collection exercise can be postponed to allow for consensus.   “There is a mechanism that can allow us to vote on issues rather than personalization of the referendum. We can make it more progressive by providing a mechanism for Kenyans to vote on particular issues” said Ruto.

Ruto says Parliament is already developing a law on referendum which is proposing that issues under review be isolated   to allow Kenyans vote on specific articles rather than an omnibus of topics.

Ruto saying it is never too late to do the right thing adding that dialogue ensured significant improvements were made to the draft that was presented at the Bomas of Kenya.

“How is late? What is the crisis? I want anybody to discount what we are proposing if they are not reasonable.” Posed Ruto.

And with 70 new constituencies proposed to be created, Ruto wants a slight variance giving IEBC room to vary up to 20 percent in a move he says will accommodate those regions that feel left out.

Ruto is also calling for a conversation on article 81 of the constitution on affirmative action that will determine whether the country adopts progressive action or opt for nomination to address the challenge.

The deputy president has remained vocal in the push to find consensus on proposals by the Building Bridges Initiative report deemed contentious in what he says are efforts aimed at averting a contested referendum.

The push coming amid efforts by opponents of the proposed referendum to stop the process through the courts.

Makueni Governor Kivutha Kibwana is among those opposed to the proposed referendum and has sought the Supreme Court’s determination on whether a state officer can use public resources to promote a popular initiative to review the supreme law of the land.

The building Bridges Initiative secretariat had earlier this week announced that at least 1.5 million Kenyans have endorsed the amendment proposals saying they hope to have the exercise completed by the end of the week. They are then expected to submit the signatures alongside the Constitution of Kenya (Amendment) Bill 2020 Independent Electoral and Boundaries Commission (IEBC) for verification.

By having collected over 1 million signatures, proponents of the BBI constitutional amendment plan appears to have cleared the first phase after satisfying the   constitutional threshold whose sacrosanctity will be tested by IEBC.

If IEBC verifies the signatures, the Bill will proceed to the country’s 47 county assemblies where it will be required to get endorsement from at least 24 assemblies to allow for its transmission to parliament. If parliament approves it contents, then it will be sent to IEBC which will be expected to formulate a referendum question before being subjected to the court of public opinion to allow Kenyans to either endorse it or reject it.