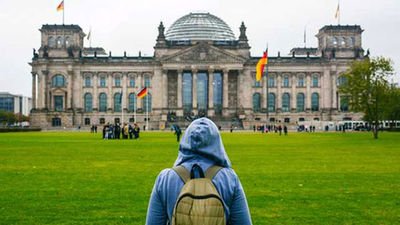 On Monday, Immigration and Customs Enforcement announced International students who are pursuing degrees in the United States will have to leave the country or risk deportation if their universities switch to online-only courses.

This decision reckons as Universities nationwide are beginning to make the decision to transition to online courses as a result of the coronavirus pandemic.

At Harvard, for example, all course instruction will be delivered online, including for students living on campus.

For international students, that opens the door to them having to leave the US.

The move may affect thousands of foreign students who come to the United States to attend universities or participate in training programs, as well as non-academic or vocational studies.

ICE said that students who fall under certain visas “may not take a full online course load and remain in the United States,” adding, “The U.S. Department of State will not issue visas to students enrolled in schools and/or programs that are fully online for the fall semester nor will U.S.

Customs and Border Protection permit these students to enter the United States.” The agency suggested that students currently enrolled in the US consider other measures, like transferring to schools with in-person instruction.

There’s an exception for universities using a hybrid model, such as a mix of online and in-person classes.

Monday’s announcement, like the changes that preceded it, could similarly result in many foreign students who often pay high tuition to have to return to their home country.

According to the Migration Policy Institute, a think tank based in Washington, DC, about 1.2 million students who fall under the affected visas were enrolled and registered at more than 8,700 schools nationwide as of March 2018.

Related Content:  Western Leaders Cancel DP Ruto After Eviction Of Luhyas From Nandi County
Kenya Insights allows guest blogging, if you want to be published on Kenya’s most authoritative and accurate blog, have an expose, news TIPS, story angles, human interest stories, drop us an email on [email protected] or via Telegram
Related Topics:
Up Next