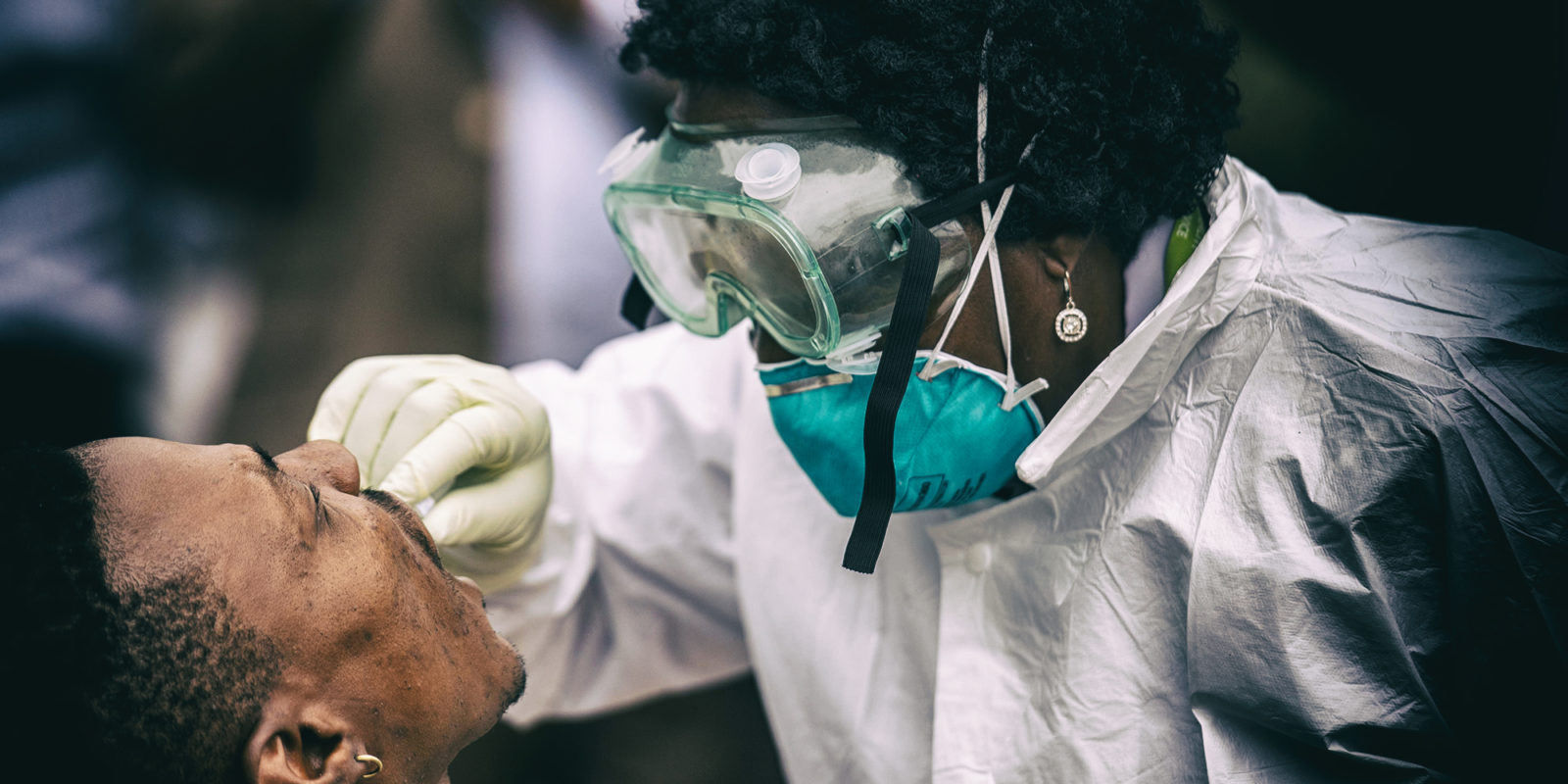 Red roses are hardly a priority for people in a virus-wrecked global economy, and one day recently the world’s flower market pretty much collapsed. At the vast Aalsmeer auction in Holland, there were scented mountains of unsold roses, gerberas and tulips. Some last stems still find their way into bouquets across a world that has cancelled all gatherings except funerals. But in the coming months, cut flowers might become a sight as rare as bananas were for children in the Blitz.

This story is a disaster for Kenya, my home country, which was until last month a top flower exporter. While western states repurpose their economies towards becoming vast hospitals, Africa is too poor to cope with the medical emergency, and virus deaths will probably not be the greatest challenge ahead. Even in a good year, multitudes go hungry, while respiratory diseases, diarrhoea, Aids, malaria, tuberculosis and measles scythe down 3.5 million people. In Kenya, some wags have pointed out that police enforcing a dusk-to-dawn curfew have already killed more people than the virus has locally — but later, accurately calculating total deaths from Covid-19 in Africa will involve greater guesswork even than elsewhere, since mathematical modelling tends to get lost in the Congo’s rainforests or the shifting sands of Somalia.

If the virus spares the young, Africa is better off than Europe. Our median age is less than 20; three quarters are under 35. Most ordinary folk are fit, slim, non-smoking and healthy. Few live beyond 60, since misrule has so impoverished many hospitals that they lack even aspirins. The local joke in Kenya is that we have more parliamentarians (350) than ICU beds (130). ‘Underlying health issues’ affect mainly the tiny urban class of richer, often politically connected folk, who pick up westerners’ bad habits. In other words, the pandemic’s main victims might be ageing politicians and their hangers–on, who find themselves unable to fly their private jets to Europe for treatment — a cull of sugar-fed, obese oligarchs.

Starkest of all will be Africa’s economic collapse, wiping out jobs for many of the continent’s 1.2 billion people. Tourism, vital to the conservation of wildlife, forests and monuments, has fallen apart. Mining, oil and gas are close behind. Exports of tea, coffee and cocoa are also being hit hard. Until recently Africa served as a giant nursery, raising migrants to supply cheap labour for rich countries. Every month these workers send money home to their families, and remittances are now the largest source of foreign exchange in many countries. As diaspora Africans fall out of work, these funds are evaporating. In the high-density slums, each breadwinner might feed ten mouths. Nairobi city governor Mike Sonko promised mass distributions of Hennessy cognac because ‘alcohol plays a major role in killing the coronavirus’ — but such clowning aside, slum-dwellers have no cash reserves, nor a welfare state to rescue them. As global supply chains collapse, it becomes horribly clear that out of 54 African states, only Zambia is a net food exporter. Many Africans routinely rely on food aid. For oil-dependent Nigeria’s nearly 200 million people, life is about to get tough.

Even before the pandemic, debt-laden Africa was gazing into an economic abyss deepened by spendthrift policies and crashing commodity prices. South Africa’s junk status is now at the optimistic end of the spectrum. ‘Sub-Saharan countries with no exception that I can think of have gorged on borrowing and balance sheets are maxed out,’ according to Kenya’s most prominent economic analyst, Aly-Khan Satchu. ‘It’s biblical.’ Without restructuring, central banks will default, especially on their vast loans from China, which has built so much sub-standard, bribe-soaked belt and road infrastructure. The recent mistreatment of black people in Guangzhou has horrified Africans, who know where the virus came from. China has flooded the continent with its citizens, who along the way have set out to poach and eat every African wild species imaginable — sea slugs, elephants, rhinos, big cats, aardvarks, tortoises, donkeys, pangolins. Naturally, Africa’s leaders have taken their begging bowls to the IMF and World Bank, asking for a mega-bailout. ‘This time hopefully those institutions will be more intelligent about how the money is spent, rather than just shovelling it out to leaders who all round trip it offshore,’ says Satchu.

Britain’s approach to this is upsetting. Boris’s government says ‘all our resources’ must focus on beating the virus. The FCO urges thousands of Brits to come home, fleeing the Commonwealth and foreign investments that until March were such a key part of post-Brexit policy. Masks and ventilators are the language of diplomacy now. Until this month the British Army had its largest overseas training operation near my house in Kenya, but due to fears of civil unrest the mission has been mothballed. There are more jihadi terrorists in Africa than anywhere else these days, and al Qaeda and Isis affiliates have exploited recent disarray to escalate violence and seize territory. As the UK moves gazillions in private debt to the government’s balance sheet and tax revenue disappears, one wonders how DfID’s aid budget of £14 billion can be justified. Since the same will go for other newly poor western donors, Africa will be left on its own.

Yet there is a silver lining. Some years ago, the Arab rulers of Sudan shut down the pipeline that traverses its territory towards the Red Sea, pumping crude oil production from its southern neighbour, South Sudan. When the embargo hit I predicted social collapse. Yet nothing changed, because South Sudan’s rulers had always stolen all the oil money. The ministers’ fat sons had to cut back on spare parts for their gold-plated Hummers, whereas most local people simply woke up in the morning to dig their fields and grow sorghum, manioc and vegetables.

In the same way now, people across Africa will struggle by on the land, relying on extended family relationships. Unless there is a dramatic reordering of the system, some states will fail, swept away in urban uprisings and fresh civil conflicts. Surely it’s time to abolish or reform the edifice of international aid that has propped up this kleptocracy for decades — the racket run by UN agencies and leftist charities like Oxfam. Covid-19 is the Chernobyl moment for bad regimes and badly managed aid programmes in Africa. Pestilence heralds a time of change more dramatic perhaps than any since the colonial scramble for Africa. It’s the end of an epoch and an opportunity for ordinary Africans to build a better future for themselves.

Related Content:  Conspiracies About 5G and the Coronavirus Are Absolute Nonsense

Author is a writer with UK magazine The Spectator.

Three Negatives And A Positive: There’s A Problem With China’s Coronavirus Testing