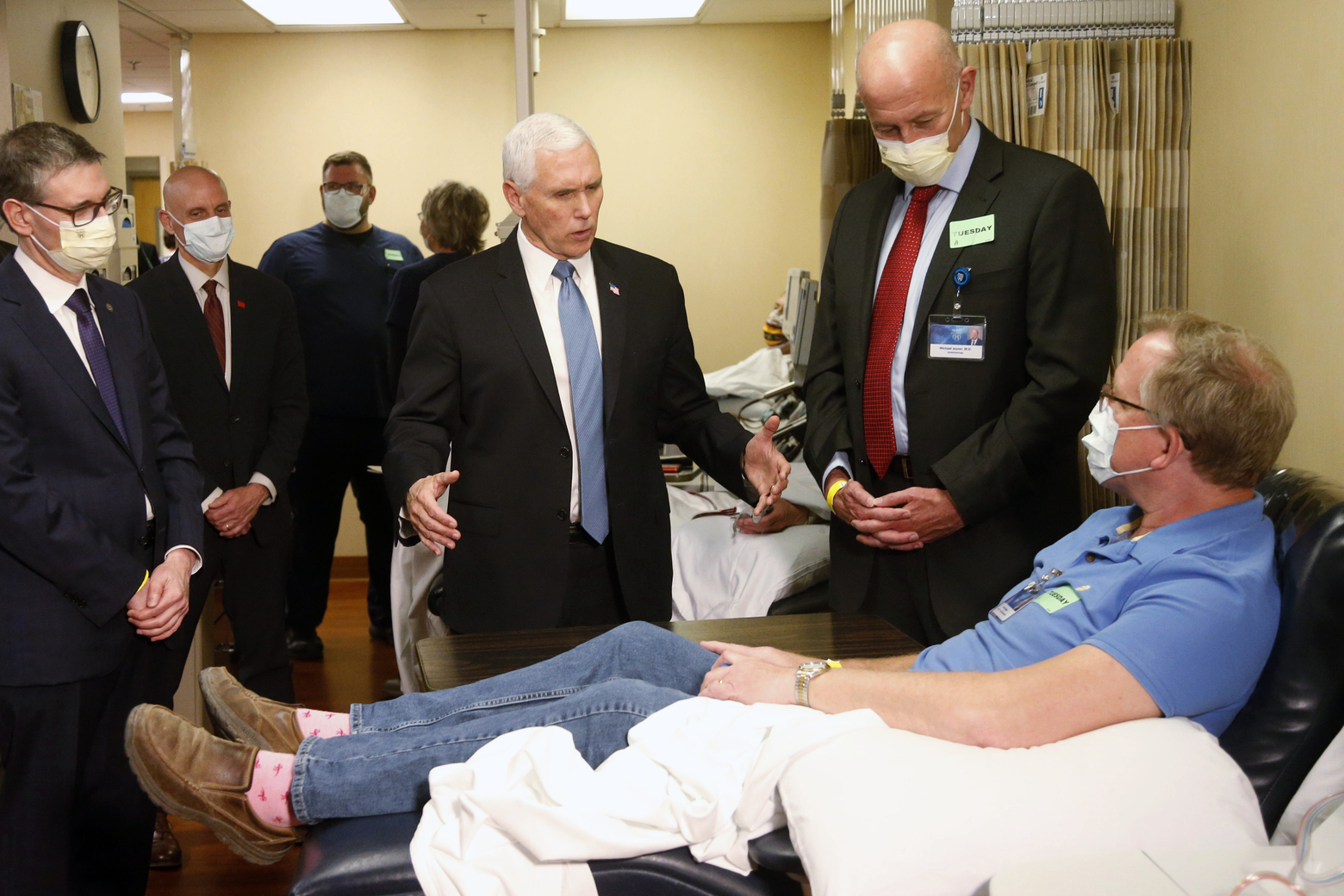 (AP) — Vice President Mike Pence chose not to wear a face mask Tuesday during a tour of the Mayo Clinic in Rochester, Minnesota, an apparent violation of the world-renowned medical center’s policy requiring them.

Video feeds show that Pence did not wear a mask when he met with a Mayo employee who has recovered from COVID-19 and is now donating plasma, even though everyone else in the room appeared to be wearing one. He was also maskless when he visited a lab where Mayo conducts coronavirus tests.

And Pence was the only participant not to wear a mask during a roundtable discussion on Mayo’s coronavirus testing and research programs. All the other participants did, including Food and Drug Administration chief Stephen Hahn, top Mayo officials, Gov. Tim Walz and U.S. Rep. Jim Hagedorn. 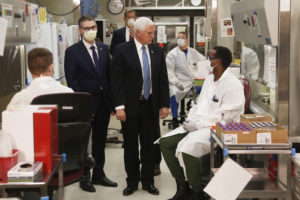 Mayo tweeted that it had informed the vice president of its mask policy prior to his arrival. The tweet was later removed. Mayo officials did not directly respond to a request for comment on why it was removed, or at whose request.

“Mayo shared the masking policy with the VP’s office,” the health care system said in its response.

Pence explained his decision by stressing that he has been frequently tested for the virus.

“And since I don’t have the coronavirus, I thought it’d be a good opportunity for me to be here, to be able to speak to these researchers, these incredible healthcare personnel, and look them in the eye and say ‘thank you.’”

Pence is not the only White House official who has shown a reluctance for face masks. When President Donald Trump announced new federal guidelines recommending that Americans wear face coverings when in public, he immediately said he had no intention of following that advice himself, saying, “I’m choosing not to do it.”

Pence also went without a mask a week earlier when he visited a GE Healthcare facility that makes ventilators. Some at the event in Madison, Wisconsin, wore masks and others did not. The White House said then that Pence had tested negative for the coronavirus and suggested that under the guidelines developed by the coronavirus task force there was no need for him to wear a mask.

Kenya: Restaurants Re-Opening, Good For The Economy, Disastrous For The Health