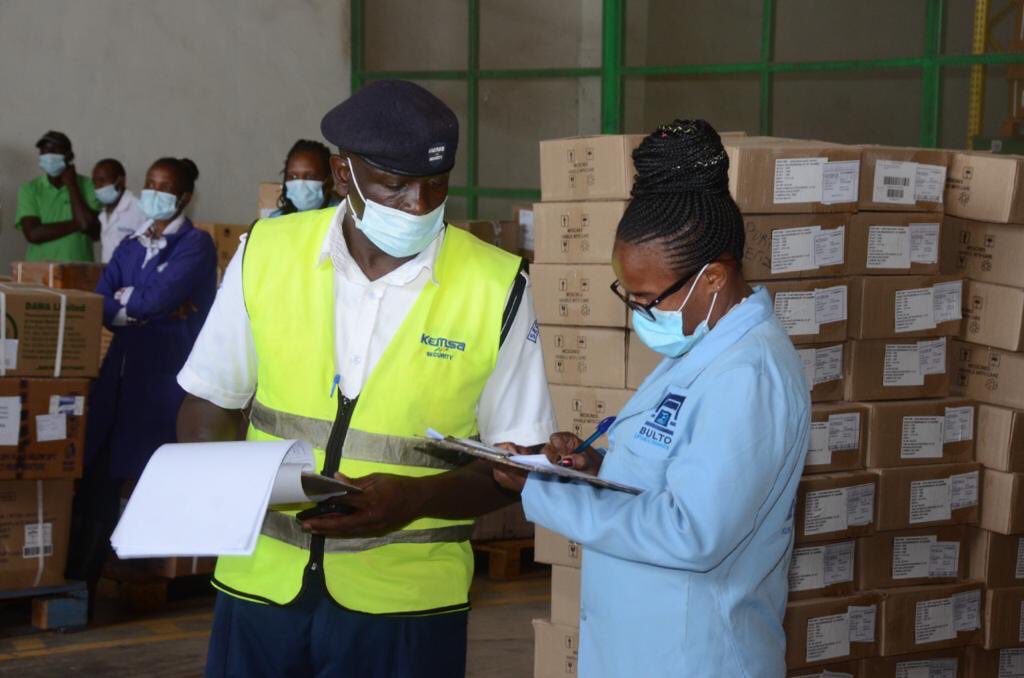 A stand-off between Kemsa and USAid over the distribution of life saving drugs to the HIV patients has led to even worse results. Reacting to the bad publicity, the graft ridden national drug supply chain Kemsa resorted to flagging drugs that had been banned according to media reports.

Three antiretroviral drugs that were phased out more than five years ago are among 29 types of ARVs flagged off to the counties last Thursday.

This is even as thousands of breastfeeding infants born to HIV positive mothers are expected to wait longer for the Nevirapine (NVP) syrup, which is part of the consignment stuck at the Port of Mombasa because of a tax row between the government and USAID.

Consequently, users of ARVs have expressed anxiety over the government’s move to release drugs that had been declared “not fit for use” as earlier as 2010. Media reports indicate that the drugs phased out in 2019 & were from an old stock donated by GlobalFund and have adverse side effects on patients.

Last Thursday, officials flagged off some of the ARVs, which are understood to have been stored at the Kenya Medical Supplies Authority (Kemsa) Embakasi warehouse for years, to 31 counties.

The consignment flagged off on Thursday included 29 types of ARVs in 24,800 packs, valued at Sh1.2 billion. They were distributed to 31 counties with high HIV prevalence.

Currently, the number of patients receiving ARVs in Kenya is 1.4 million.

The current shortage began in January when Pepfar-USAID delivered to Kenya ARVs and diagnostics worth Sh1.1 billion through a private US company known as Chemonics International and refused to pay a Sh90 million tax bill as required by law.

The row has since been resolved and the tax waived. However, USAID was asked to surrender the consignment to Kemsa, leading to another standoff.

USAID position remain that the orders for the program commodities are received through the LMIS after which they are rationalized by order management team. The ARV’s are then distributed on monthly basis depending on needs and re-order level from each facility.

Kemsa with its bad reputation insists they must be the ones responsible for supplying the drugs, it only takes a stranger in this country to wonder why.

Whoever is responsible for supplying drugs which had previously been found to have adverse effects on patients ought to be held in account and even charged for attempted murder. It doesn’t make sense for Kemsa to risk lives of poor patients with outlawed drugs yet there’s a clean stock by USAID being held over tax and supply row at the expense of many. Lastly, leaders from the high prevalence areas where the drugs are being supplied to need to swing into action and possibly stop the potential poisoning.

Related Content:  Humphrey Kariuki Ndegwa and his wife Stelia Nasike Cyprus Citizenship Revoked Over Massive Corruption
Kenya Insights allows guest blogging, if you want to be published on Kenya’s most authoritative and accurate blog, have an expose, news TIPS, story angles, human interest stories, drop us an email on [email protected] or via Telegram
Related Topics:
Up Next

DCI Arrest Two With Millions In Fake Currencies In Kilimani

United Millers Directors To Stand Trial For Fraud And Forgery