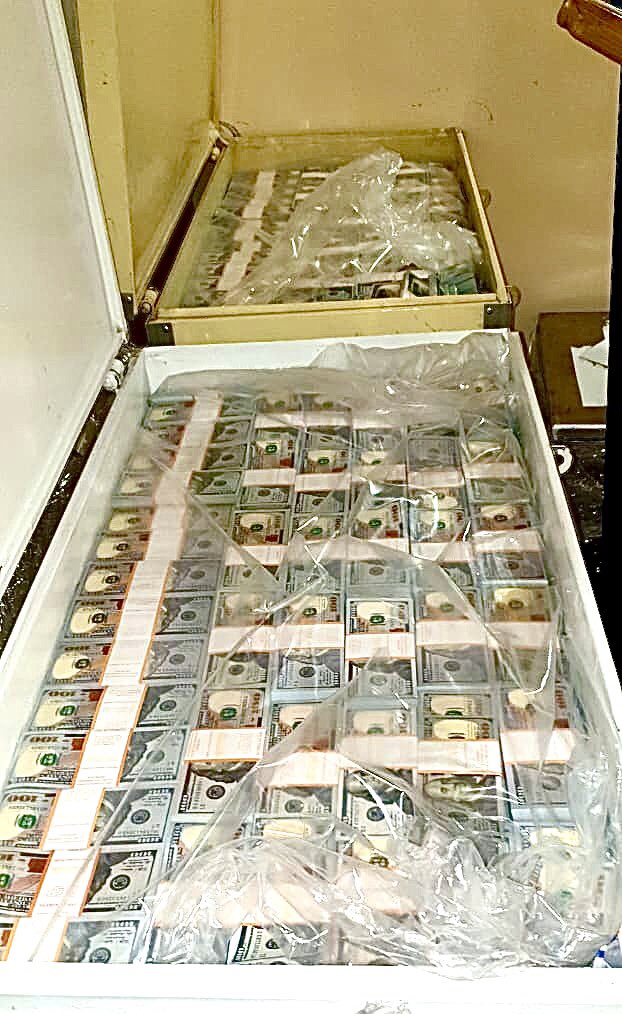 Detectives based at DCI-Kilimani, have in the wee hours of today morning, discovered fake currencies totalling to hundreds of millions of shillings, at a house in Makaazi apartments, in the upmarket Kilimani neighborhood.

Also recovered were jerrycans with an unknown liquid, DeLaRue branded badges and a seal, all suspected to be used in printing of the fake currencies. Assorted documents, customs reflector jackets, United Nations and National Treasury stickers were also confiscated.

The suspects were placed in custody as crime scene detectives combed the apartment for more clues, in what appeared to be a well coordinated, fake currency syndicate. The recovery of the fake currency, followed a report filed by a concerned member of the public.

Kenya Insights allows guest blogging, if you want to be published on Kenya’s most authoritative and accurate blog, have an expose, news TIPS, story angles, human interest stories, drop us an email on [email protected] or via Telegram
Related Content:  Why Aden Duale And 11 Other MPs Could Be Removed From Office
Related Topics:
Up Next