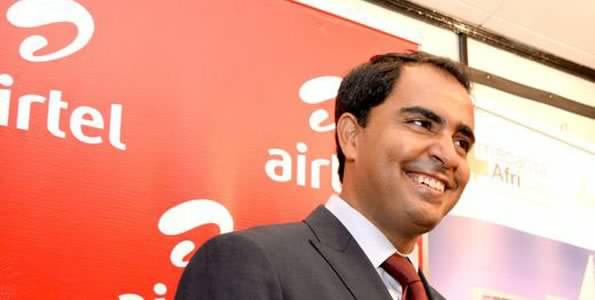 Airtel which is the second in command after Safaricom in the Kenya teleco market, seem to have joined the scam league that has become synonymous with Safaricom. The leading service provider has been entangled in unending fraud allegations from data bungling to airtime sublime accusations. Often, customers are treated to explanations that never piece up, and when pushed they refund. In the latest case, Safaricom was forced to refund in billions airtime that was stolen from customers through the backdoor and illegal subscription to a premium service, Cheza Game. Safaricom customers have lodged complaints on social media over conspicuous data consumption to which a dead ear has been turned on.

Airtel has enjoyed excellent customer relations with minimal complaints on service delivery. While battling to stay afloat despite Safaricom dominance in the market, Airtel prides as one of the best in service delivery and unique products. With a clean track record, It has come as a surprise that the teleco is silently being involved in a fraud scheme. 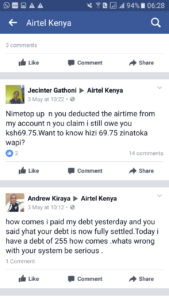 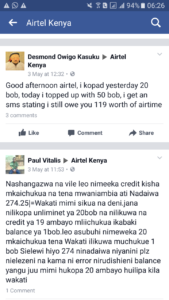 During the past few days, customers have been undergoing major fleecing on the Kopa Credo platform, A service that allows customers to get airtime on debt. It is unclear the basis behind the hitch on this system whether deliberate or not but it is rather weird how they’re going about it. According to Airtel, there is a technical fault on their platform that is overcharging customers on their airtime debt.

Ordinarily, such a glitch should be detected in the onset and quickly reset, but this has taken days with their clients victimized, forced to pay for what they never took to continue enjoying the services. Response on their social media pages affirms that there’s a problem, but they’re taking forever to reset the system. Worry is, will Airtel refund the extra airtime deducted and how sure will it be that all affected customers will get reimbursed. One can easily fleece millions in such schemes without being held accountable. This right here is a scandal in itself that must be kept an eye on. Airtel must not only assure refunds will be made but give records of the same, customers who’re not able to voice their frustrations on social media might suffer the loss in silence.

Unless Airtel is using cheap services of second-floor colleges technicians, It doesn’t make meaningful sense that a minor hiccup in the system would stay days to rectify if the intention wasn’t to create such a crisis to make a killing. With estimated 18% market share, Airtel can easily make millions daily from a fabricated technical hitch. Times are bad.

@AIRTEL_KE I've bought airtime worth 200 Bob. It has been deducted apparently to pay a debt and that I still owe 500 bob. How??

My patience has run out…please.refund my airtime! Do you guys even give 1000 bob airtime 'loans???'
Since when??? pic.twitter.com/LvaHJZyjLY