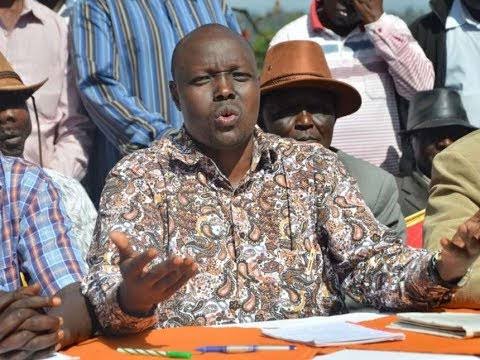 Air safety in the country has come under heavy scrutiny in the last couple of weeks, now, a report tabled before parliament shows there has been an average one accident involving aircrafts every month In the past 22 months.

KCAA director-general Gilbert Kibe had earlier said the recent mishaps “are isolated and investigations have been launched”.

The Transport principal secretary and KCAA director general and officials did not turn up for the session with the MPs. According to Mr Pkosing, powerful elements in the government are behind Mr Kibe’s -who was ready to appear before the committee- skipping the meeting.

This suggests an inside story that is not being told. The International Civil Aviation Organisation (ICAO) rated Kenya’s air safety record as ‘commendable’ with a 78 per cent score in the last released results of 2017, were the numbers cooked?

Behind this alleged “good record” insiders say is an industry that continues to threaten the safety of Kenyan passengers as regulators, airline operators and the Kenya Airports Authority (KAA) look the other way on issues that could be the difference between a safe flight and an accident.

“This committee will never be intimidated on the safety of the people,” Mr Pkosing ha now said as he rescheduled the session to November 12.

Kenya Insights allows guest blogging, if you want to be published on Kenya’s most authoritative and accurate blog, have an expose, news TIPS, story angles, human interest stories, drop us an email on [email protected] or via Telegram
Related Content:  Sonko Impeached
Related Topics:
Up Next