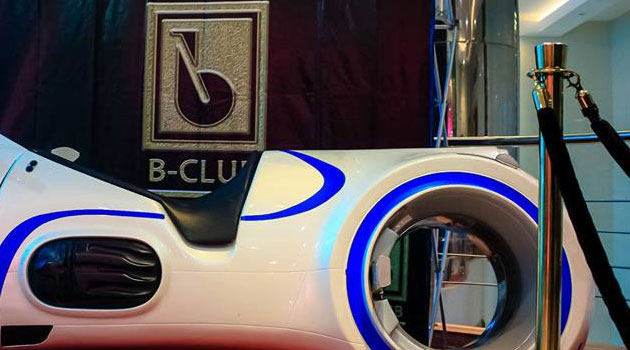 After Kenya Insights reported that Niger national Ali Oumarou the proprietor of popular Kiza lounge in Kilimani was deported from Kenya over claims of narcotic trade, authorities should now shift their attention to popular B-Club owner billionaire Barry Ndengeyingoma.

B-Club, which was launched in 2016 in a lavish ceremony attended by who is who in the political and business world including President Uhuru Kenyatta’s son, Muhoho. The night saw sons of politicians and affluent businessmen spend around KSh 1,160,000 on drinks alone leaving Kenyans on twitter starstruck.

Barry Ndengeyingoma has made a name for himself in entertainment circles as a club promoter,he is known for his expensive lifestyle. He parks his high-end vehicles at the entrance of his club that is located in Kilimani.

However, the Rwandese national is not so clean. Infact he’s the absolute opposite, He has occasionally been accused of defrauding  his business partners. In one occasion he allegedly defrauded a Tanzanian national and her Kenyan counterpart who termed his as a person “who preys on young and impressionable women.”

The notorious Rwandese businessman popularly known as Ndengenye has been on the international spot for all the wrong reasons. Arrested multiple times over the years, the man has also been linked to drug trafficking and forgery.

Back in 2007, Barry had been arrested in Brussels and sentenced to three years in prison for among others, money laundering, counterfeiting, forgery and impersonation. After eluding authorities, he was finally arrested in Paris, France on January 13, and transferred to Brussels, Belgium on January 30th 2008. He was accused of concealing his true identity by publicly using false names, stealing vehicles and a Breitling watch, among others.

The club owner is also notoriously known to not pay debts. In one case,  the Rwanda Commercial Bank (BCR) had to repossess one of his vehicles after a pending huge debt owed to the bank was not paid.

Earlier this year Samia Barry and her husband who co-own the upscale B-club Lounge in Kilimani B expanded their business muscles with the launch of Gosip Ultra Lounge.

Ndengeye,  left Rwanda in 1994 and moved to Kenya then to Belgium about three years later where he established himself with his wife and three children. He insists he accumulated his wealth through “smart dealings” in artisan products and real estate.

How authorities even with all the intelligence allowed someone with such a criminal record to establish a business in Kenya and invest dirty money is beyond understanding. He needs to be investigated over money laundering and drugs like his Kiza counterpart. There has been suspicions of that club and revelers engaging in illegal activities. This guy is a criminal who shouldn’t be entertained.

Riding On Uber Chap Chap Is Death In Waiting

Dan Okwiri: My Memoirs In The Kenya Airways Doula Crash In 2007