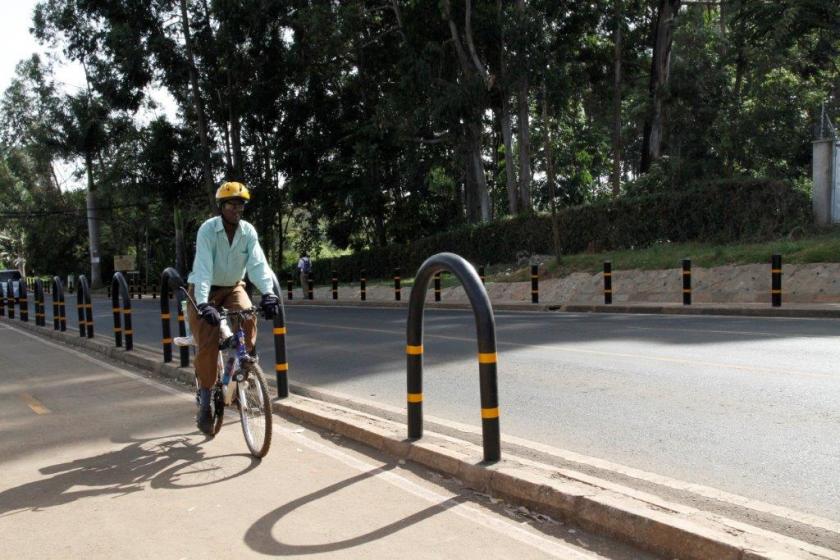 Amanda Ngabirano, a Lecturer for Urban & Regional Planning at Makerere University in Uganda had a meeting at Golf Course Hotel along Yusuf Lule road in Kampala, Uganda from 8 am to 12 noon on Friday, She also had to be in Wandegeya at 12:30 for another meeting. With the weekend kicking off she explains how traffic was tight with absolutely no movement. “I hesitated to drive there given Friday traffic madness..so I rode my bicycle.” She says, “I arrived on time in Wandegeya.”

A lady dressed for corporate office, her bag slung across the shoulder, riding a bicycle on Kampala’s crowded and bumpy streets that many consider death traps is some site. This is not the first time Amanda has rode her bicycle to a meeting or work. Over the years If you live in Kampala you should’ve noticed her. 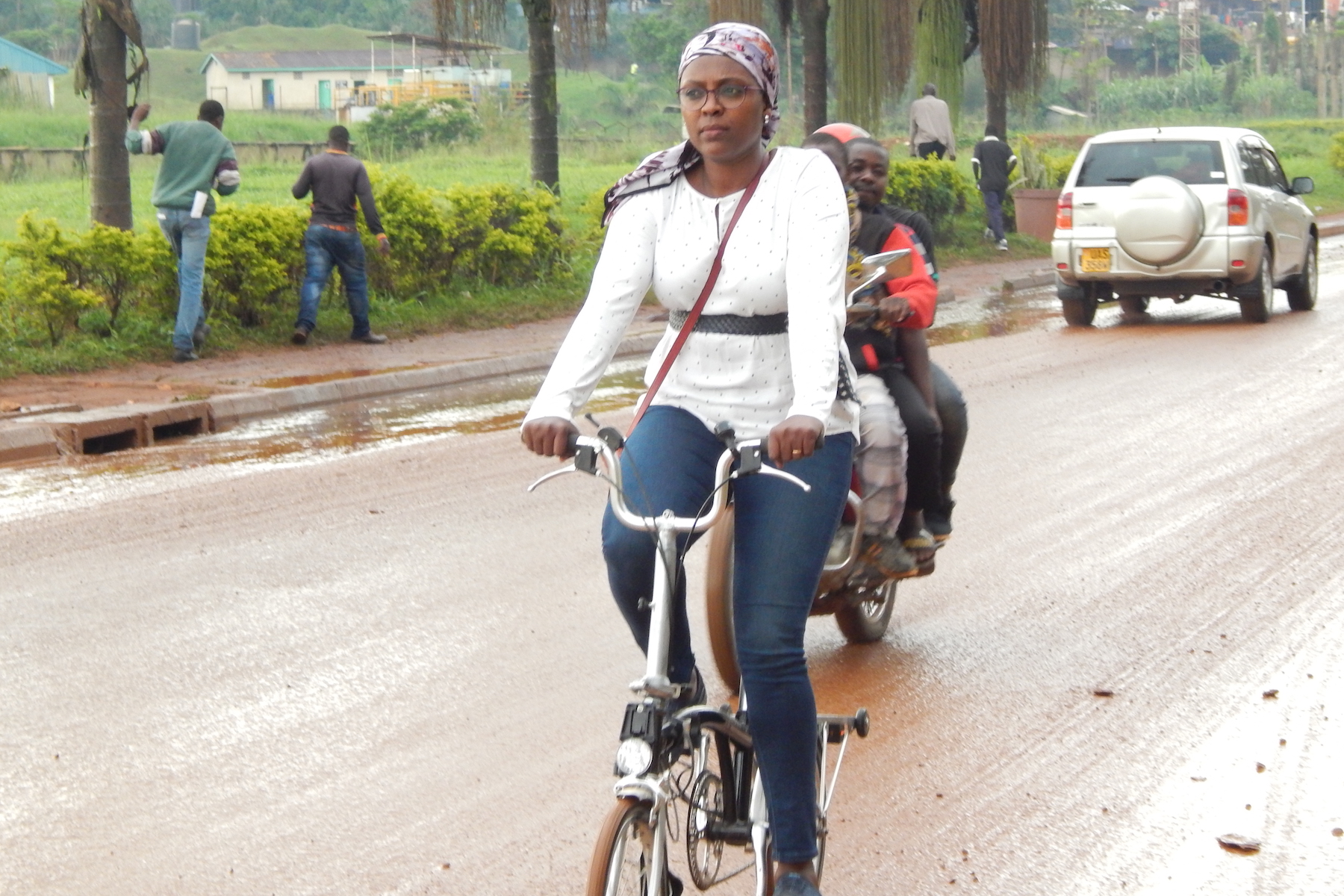 Her profile reads “Ugandan married mother of two. Professional and passionate urban planner.”  Amanda believes there should be more bicycles on the streets cruising safely alongside cars and motorcycles. “You have to start seeing bicycles on the streets, she says, “and that is my fight.” This has seen Amanda making it into a global film dubbed, “Cyclologic,” a short film about changing the world one bicycle at a time.

Cycologic believes that cycling can not only strengthen the role of women in society and create debate, but also be beneficial economically for individuals and society as well as play a crucial role in the climate threat the world faces, went to work. It also seeks to inspire and also help people engage in bicycle talks. It also challenges leaders to be concerned that people who ride have not been taken care of in cities that do not have segregated lanes for them.

The short film is however not short of inspiration.  Amanda Ngabirano’s tireless journey to make Uganda more bicycle-friendly has sparked conversations on the popular social media site Twitter.

Hello Kampala, this is how I beat today's traffic…🤷‍♂️👌..it's easy to grab the bike, the bag and enjoy the freedom of cycling whenever you feel like. pic.twitter.com/JjC4XlwBq0

Kenya could learn a thing or two after Nairobi was shortlisted as the worlds second worst city due to traffic jams after India in 2017. Nairobians spend an average of 62.44 minutes in traffic.

Biking is a great way to stay active and reduce carbon footprint. Some cities are actively encouraging this green mode of transportation and I think Nairobi should too. In Copenhagen, the most bike-friendly city in the world, Children are taught to ride before they’re even old enough to go to school. Thanks to bicycle-friendly measures taken by the city, nearly half of all citizens in the city commute to work by bike, and 35 percent of all people who work in Copenhagen—those who live in the suburbs included—commute on their bicycles.

What seems to be lacking in Kenya is the leadership’s commitment to transform the country faster. An ideal Kenyan urban transport mix should at least comprise of both motorized and non-motorized modes of transport that are strategically designed to cater for everyone. The bicycle, when compared to other modes of transport, presents several advantages to both cyclists and society at large: it is a low-cost transport option, it is environment-friendly, and improves the health and productivity of the users.

The county government should not approve construction of any roads without cycling lanes. Put cycling at the center of urban planning!