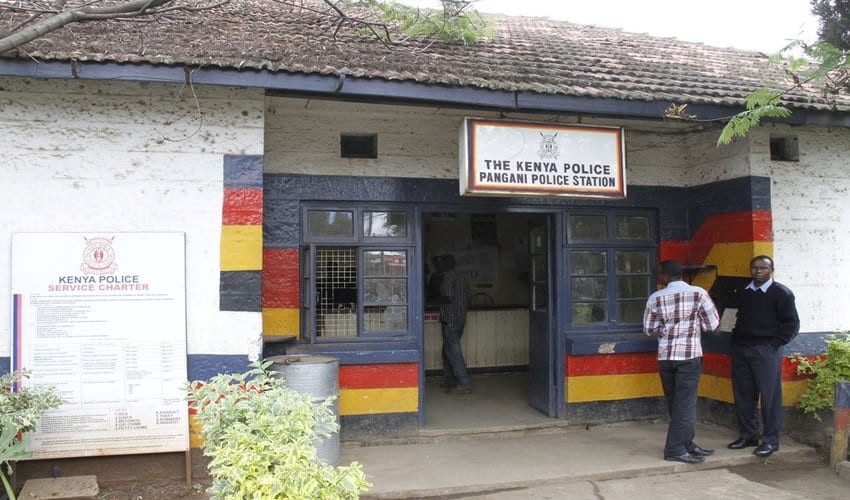 Three police officers and a Cameroonian citizen have been arrested in connection to a robbery with violence incident reported in Nairobi’s Eastleigh Saturday morning.

According to Police reports, the three officers, all attached to Kayole Police Station, alongside the Cameronian foreigner are alleged to have accosted some two Eastleigh residents to a lodging, where they stole Sh6 million at gun point.

According to police, Sh3.5 million was recovered. Police nabbed them shortly after the incident when one of the victims raised alarm attracting response from police officers patrolling the area.

“They all had a Jericho pistol loaded with 38 live bullets” a police report stated .

The arrested police officers were in a gang of six.

A police constable assigned to the Kayole Police Station and one other accomplice whose identity is yet to be established managed to escape.

The four suspects arrested on Friday are being detained at the Pangani Police Station ahead of arraignment on Monday.

This is coming days after, another three police officers were arrested along Nairobi-Garissa highway while transporting 245 kilos of bhang on Wednesday.

Two of those who were nabbed are detectives based at Wajir County while the third one was a general duty police officer.

And mid last month, flying squad sleuths arrested yet another three officers in Busia town while in possession of fake currency amounting to more than Sh4 million.

Those who are supposed to keep law and order have now turned to be the frontiers in breaking the same laws and to make the matter worse, using government assigned guns.

Related Content:  Kenya Airways Suspends Flights To China In The Wake Of Corona Virus
Kenya Insights allows guest blogging, if you want to be published on Kenya’s most authoritative and accurate blog, have an expose, news TIPS, story angles, human interest stories, drop us an email on [email protected] or via Telegram
Related Topics:EastleighKayoleKenya policePangani
Up Next

Is Mombasa Next Or Already Is? Morocco’s Subservience To Heroin