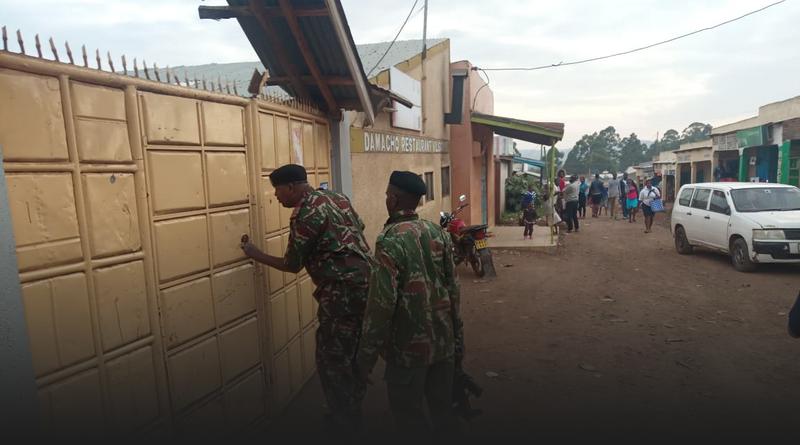 Police have arrested a woman in Juja, Kiambu County on allegations that she has been obstructing census officials and lying to the respective local authorities.

Nelly Kinja, a tenant at Joyland estate in Juja, was apprehended for blocking enumerators from counting her, using vulgar language and lying.

Ms Kinja, according to a police report, purported to be the landlady and told the enumerators, who were accompanied by an area elder, that she would not be enumerated as the government has overburdened her through payments of land rates.

She told the census officials that the entire exercise serves no purpose.

She later claimed that she had been enumerated on Saturday, which turned out to be a lie.

Ms. Nelly Kinja was arrested and is being held at Juja Police Station to await arraignment.

According to the government, missing out on the census could land you a one-year jail term, see you pay a fine of Sh500,000, or suffer both penalties.

The Statistics (Amendment) Act, 2019, that was signed into law by President Uhuru Kenyatta last month, amended the penalties for obstruction of the census from Sh100,000 to Sh500,000 while giving the Kenya National Bureau of Statistics (KNBS) professional independence and expanded its mandate.

At the same time, giving failing to answer the enumerators’ questions or giving them false information will also attract a similar penalty but with a six-month jail term.

In my opinion, I think it’s just not right for the government to always criminalize almost every project they force on the citizens. People were arrested during Huduma Namba and some are even serving because they couldn’t raise the set bonds. But for what exactly? What is Huduma Namba doing right now that has seen innocent folks end up in absolute poverty or even worse, jails? I think the only crime Kenyans did is to elect the government that cares almost absolutely less about rights of any common mwananchi. If our government truly cares about the correct detail, whereabouts… of her citizens, why are thousands of Kenyans held hostage as sex slaves and others in cells for conspiracy cases or jailed as prisoners of war in foreign countries and No State personnel from the respective ministries is, rather, has even tried to talk about it? Why is it correct to jail someone who has refused to be counted because they feel their rights have been or might have been violated by the very government that is claiming to take care of her citizens?

Kenya Insights allows guest blogging, if you want to be published on Kenya’s most authoritative and accurate blog, have an expose, news, story angles, human interest stories, drop us an email on tips.kenyainsights@gmail.com or via Telegram
Related Topics:censusKiambu
Up Next

Video: Pastor Ng’ang’a Apologizes To Linus Kaikai Over Death Threats He Had Issued