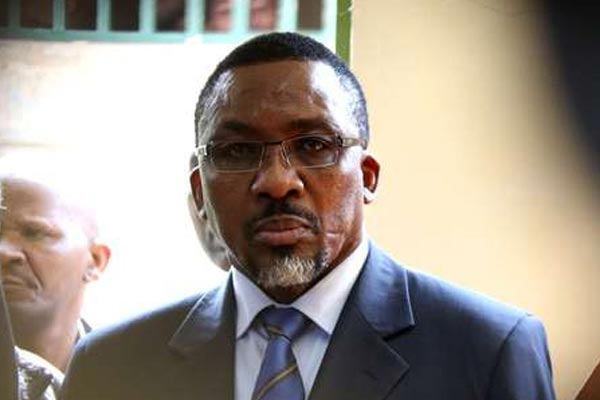 Flamboyant televangelist James Ng’ang’a of Neno Evangelism has today issued an official apology to Director of Strategy & Innovation Royal Media Services Linus Kaikai after he had earlier been arrested for threatening the Citizen TV journalist.

Kaikai had complained he felt threatened by a video footage that the pastor had produced attacking him. “Separate preaching na hii sarakasi za news anchor, nakwambia tu kijana. If you don’t stop you will face the consequences.” The controversial pastor had stated.

The issue started after the journalist suggested that only preachers with a Degree in Theology should be allowed to spread God’s word.

The apology by Pastor Ng’ang’a was issued in the presence of Chief Magistrate Patricia Gichohi at the Kiambu Law Courts.

Linus Kaikai appears to have accepted the 66 years old pastor’s apology in a tweet he released mid morning. “I HAVE today forgiven Pastor James Ng’ang’a of Neno Evangelism for the threats to life he directed at me in March this year. Pastor Ng’ang’a apologized to me before Chief Magistrate Patricia Gichohi at the Kiambu Law Courts and I accepted the apology.” The tweet read.

Kenya Insights allows guest blogging, if you want to be published on Kenya’s most authoritative and accurate blog, have an expose, news, story angles, human interest stories, drop us an email on tips.kenyainsights@gmail.com or via Telegram
Related Content:  Report: How Somalia Intelligence Has Been Aiding Al Shabaab Attacks In Kenya
Related Topics:
Up Next