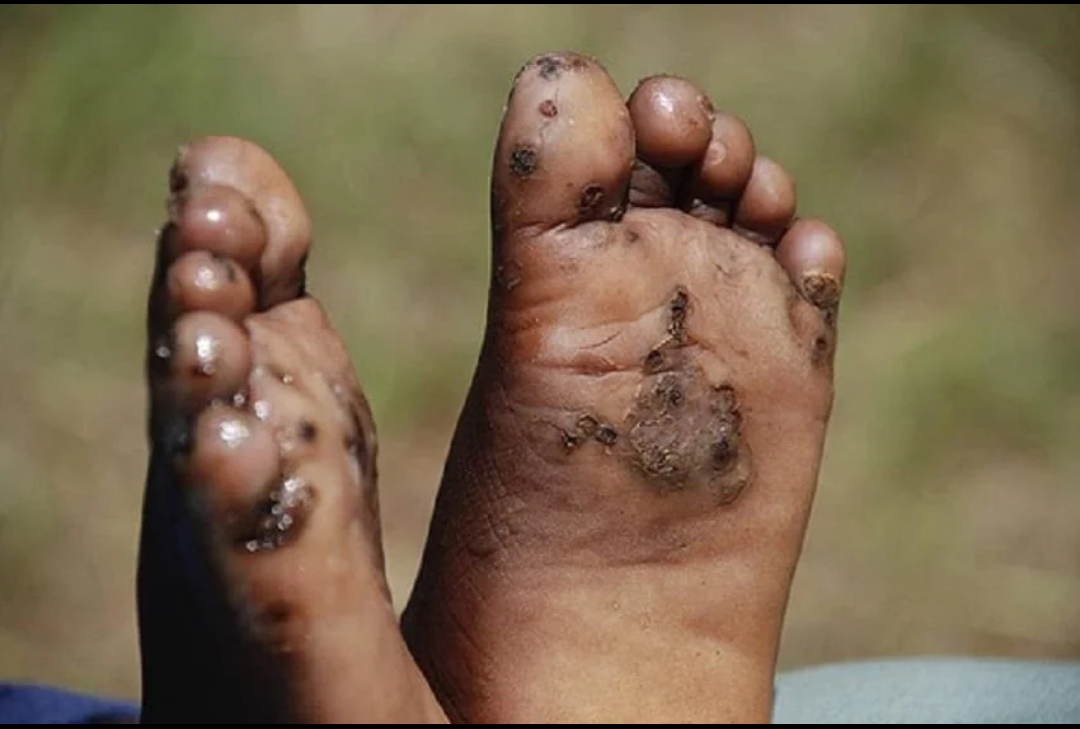 Jiggers are tearing apart thousands of the families in the larger Gusii region.

Most of the affected counties are Kisii and Nyamira.

Ahadi Kenya Trust is a Not-for-profit Organization that was started in 2007 by Stanley Kamau.

It focuses mainly on activities that help and promote eradication of jiggers.

This number is totally worrying and heartbreaking statistics from a non governmental group in presence of our government.

Martha Ogoti, a primary school teacher from Kericho Says so many of her pupils from Nyamira dropped out of school due to Jigger stigmatization.

Martha Ogoti, is the founder and chairperson of Minto Anti-Jigger Campaign Group.

A self help group that helps pupils and families mostly affected by jiggers in Nyamira County.

Joseph Ongambi, a jigger infested man from, Nyag’enche village of Nyangena location in Kitutu Masaba told a local press that all of his family members are infected.

Ongambi holds a believe that his neighbour is the one that bewitched him, his wife and their 4,6 and 8 year old children.

Ongambi told the writer of this site that his wife has been diagnosed with anaemia because of the ‘witch’ sent jiggers.

He also believes that the witch neighbour was envious of his progress in life and used dark force to infest her tippler and anaemic wife with jiggers.

The act that has torn apart his family and made their lives more miserable.

Poverty and poor hygiene is the root cause of the jigger menace in the counties.

But Charity groups are throwing strong blame to county government for not creating much awareness and even supporting their initiatives to eradicate the jiggers.

Samuel Nyangeso, former Kisii town Mayor supported the allegations from charity groups and urged Gusii political leaders to be forcefully enjoined in the fight against jiggers.

This is not the first time jiggers are tearing apart families in our country.

2 years ago, Jiggers almost wiped out Kenyans residing in Kiambu and Murang’a were it not for governments interventions.

Nothing much seems to be working even though Jubilee government declared March 3 of every year a national day in togetherness to fight against jiggers.

The government is supposed to invest in a comprehensive survey that will unveil the exact number of people affected by jiggers countrywide.

The government needs to intervene with most urgency because the traditional method of using unsterilized pins and blades to remove the jigger is not only dangerous to the affected person but also risks getting foreign transmissible viruses like HIV.

Kenya Insights allows guest blogging, if you want to be published on Kenya’s most authoritative and accurate blog, have an expose, news TIPS, story angles, human interest stories, drop us an email on [email protected] or via Telegram
Related Topics:Ahadi Kenya TrustJiggersKisiiNyamiraWitchcraft
Up Next