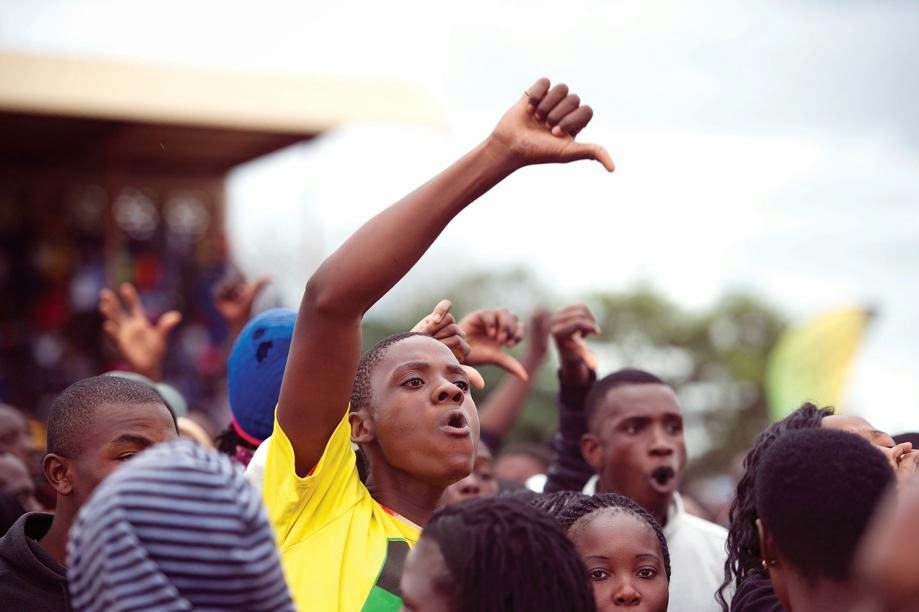 Residents of Kisii are wreathing with fire following an incident on Thursday that left two women dead. According to reports gathered by Kenya Insights, the police attached to the DP’s quick response unit, engaged in a scuffle in Daraja Mbili market, Kisii County.

In the evening, chaos had erupted after the entourage heading to Kisumu after the DP had left in his chopper, got inti a minor accident with the boda-bodas leading to a clashing argument. Within minutes and being a market day, a large crowd surrounded with fellow boda-boda riders staging a mild protest to save their colleagues who were at the moment being held and roughed by the officers.

It is said the officers had aimed to shoot a rider before the two women who were going about their business selling fruits came to the officers pleading for them to forgive the driver. It was at this moment that the officers opened fire at them killing one woman on the spot and the other died while being rushed to the hospital.

The incident caused a major protested that blocked Kisii-Kisumu highway. The residents condemned the DP and pulled down the Jubilee Party billboards that had been freshly erected. Residents vowed to paralyze Jubilee operations in the area should there be any. More protests are anticipated today in Kisii town as local leaders hinted.

Kenya Insights allows guest blogging, if you want to be published on Kenya’s most authoritative and accurate blog, have an expose, news TIPS, story angles, human interest stories, drop us an email on [email protected] or via Telegram
Related Content:  Kenya Pipeline Laying Off Employees
Related Topics:InvestigationsKisiiNewsWilliam Ruto
Up Next

I Will Finish You; Boniface Mwangi Refuses To Apologize To Ruto Over Killing Juma Remarks Dares Him To Sue