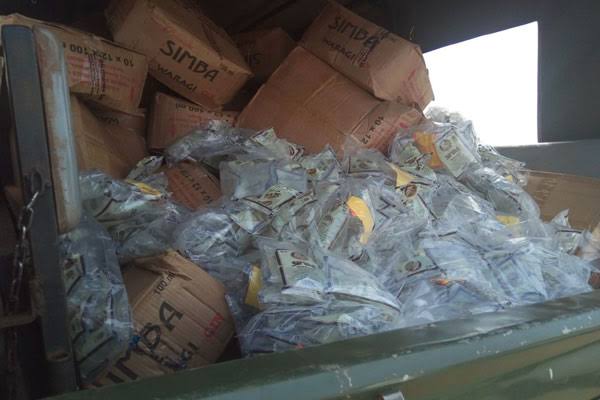 Kenyans are opting to illegally smuggle beer from Uganda due to better rates in the neighbouring country. Beer in the Ugandan side at the Busia border sells for half the Kenyan price.

In order for bar owners to maintain their customers and still make profit, they are smuggling the beer from Uganda and selling it at the same price it is sold in the country. This means they forego paying taxes or make losses.

A multi-agency team from the Kenya Revenue Authority, the Anti-Counterfeit Agency and the Kenya Association of Manufacturers have been formed to deal with the illicit trade in Busia which is on the rise. They have however established the smuggling of alcohol from Uganda will be hard to deal with due to tax rate differences.

“Because there is no harmony in the taxation regimes between the two countries, we have seen influx of the alcoholic drinks, some which are not very safe for consumption, being smuggled even through the water bodies,” KRA regional surveillance officer Vincent Kimosop stated during a conference.

Due to the cheap prices, Busia County Commissioner Jacob Narengo is now having to raid bars and pubs weekly in the area to deal with the menace.

“Because they are bringing it in illegally, you cannot even be in charge of the quality of what still ends up in the Kenyan market,” said KAM chief executive Phyllis Wakiaga.

Kenya Insights allows guest blogging, if you want to be published on Kenya’s most authoritative and accurate blog, have an expose, news TIPS, story angles, human interest stories, drop us an email on [email protected] or via Telegram
Related Content:  Boniface Mwangi Speaks On Why He Believes Governor Mutua Was Behind His Home’s Bombing And Kenyans Treating Him Like God
Related Topics:
Up Next