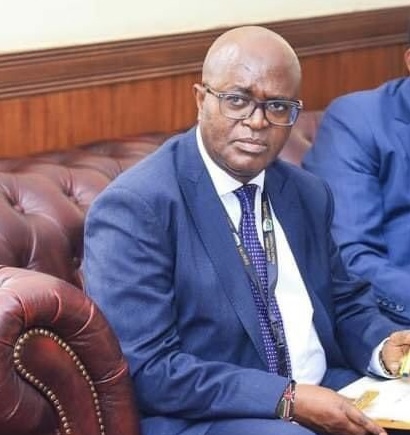 In the wake of new administration, silenced voices at Kenya Urban Roads Authority (KURA) have come out with the hopes that this time their cries against the Director General Engineer Silas Kinoti will be heard and acted upon.

KURA is one of the most corrupt state agencies who in the past regime was marred with bribery scandals and luckily the scales of investigations didn’t scale up to the most seniors whom are suspected to be the greatest beneficiaries in the now common percentage kickbacks that has seen many of junior staff busted for unexplainable wealth.

Eng. was controversially appointed to the DG position by transport CS James Macharia despite opposition from insiders that he lacked the integrity of holding such a high office. At the time, many said he was a conduit for Macharia to loot the agency.

Macharia is currently one of the Uhuru regime CSs who’re on anti corruption scouts with suspicions that he amassed billions from several contracts in the ministries he ran. He’s fondly referred to be one of the four million dollar millionaires in Uhuru’s cabinet.

Before his appointment in June 2020, Kinoti had been acting as KURA Director-General since September 2015.

He joined the authority in 2009 as Manager (Roads) and was later promoted to General Manager (Planning and Environment).

At the time, Kinoti, was accused by critics of helping cartels in the transport sector benefit from state projects through procurement malpractice and irregular contracts.

During his reign, KURA has been accused of giving tenders to cronies, then later advertise as a formality.

KURA is accused of having favoured a construction firm identified as Stecol Corporation to do Ksh19 billion works in Nairobi, Kajiado and Kiambu counties.

The firm was involved in the upgrading of Outering Road. It has also been mentioned in the construction of a bridge at AllSops that will join Outering Road and Thika Superhighway.

Stecol Corporation is also said to have been awarded most of the contracts in the regeneration of roads in Nairobi Eastlands.

Earlier this year, frustrated insiders wrote to EACC seeking for investigations into tender documents claiming that fraud was taking place. At center stage were accusations that one Judy Mose described as having close relations with the DG was meddling in tender awarding and that they read a hand of the DG in the manipulation.

Judy a junior clerical officer was so powerful that it one point she confronted an Engineer Mwangi the Urban Roads Planning and Design for awarding a Sh14.2M tender pref KURA/RMLF/CE/056/2020-2021 for the Periodic Maintenance of Lot 7 Roads Nanyuki/Sweet Waters Road /Ngoro/ Theru/ Nanyuki Road in Nanyuki Municipality to Kaboi Building Contractors Ltd on October 12, 2020, to her chagrin as she had planned to have it awarded to a firm believed to be associated with her.

Judy is said to be a sister of Reuben Mayienda, KURA’s Director for Corporate Services who also doubles as the agency’s Head of Finance. Her academic credentials have been questioned.

A forensic audit by Financial Reporting Center (FRC) is said to have revealed a number of financial irregularities in the agency that is supposed to provide and manage quality, safe, and adequate urban road network.

The FRC dossier says that on February 20 2020, the Mandera bank account started receiving funds from the county government. So far, the same bank account suspected to be Judy’s has received funds from KURA. On November 19 2020, for instance, the account received four cheques totalling KShs 7.6 million. Three withdrawals of KShs 980,500, KShs 945,000, and KShs 950,000 were made immediately after the funds were paid. The report says that the account holder would later transfer KShs3million to her account.

It was also during Kinoti’s reign that two online journalists were abducted and tortured by officers from the Special Crimes Unit over an expose that detailed and uncovered alleged corruption at Kenya Rural Roads Authority (KURA). The expose unmasked various stalled road construction projects in the Nairobi metropolitan area granted to a company connected to an MP from Mandera County.

The details of the story published involved the dirty tenders awarded by KURA. Banisa MP Kulow Maalim is at the center of the tender scandal with further accusations of failing to meet the tender requirements.

At the core of the scandal was deputy director supply chain management at KURA Mrs Sadia Haji Adam khalifa.

Reports indicate that Mrs Sadia Haji Adam khalifa awarded contracts to a company belonging to Abdisirat Khalif Ali without following the strict guidelines of the tender requirements by KURA.

Abdisirat Khalif Ali is a very close friend to Maalim hence they reportedly manage the company, Tasha Holdings Limited together and get tenders from KURA. The MP’s link to the company has however been kept anonymous.

Additionally, the engineer assigned the project reportedly does very shoddy work and is well protected and is not held accountable.

Critics are saying Engineer Kinoti has not been able to stop massive corruption in the agency and mostly that he was a conduit to the now scandal ridden CS Macharia and want him out. He’s deemed not to be inline with President Ruto’s footage of fighting corruption in parastatals. He’s a Macharia stooge.