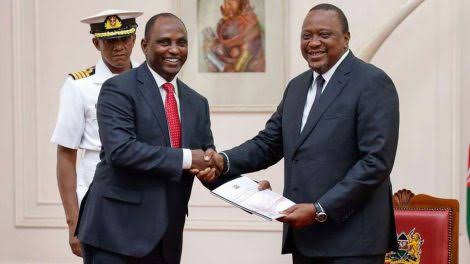 The affected staff consist of enumerators, content and ICT supervisors.

General Zachary Mwangi, KNBS Director has said the delay is due to the submission of wrong personal details by the affected individuals. “We’ve had a number of payments returned as a result of either dormant accounts and/or wrong banking details,” said Mwangi.

The agency has asked the staff who have not received their payments to confirm their bank details with their County Statistic Officer (CSO).

The unpaid enumerators may have also lost equipment such as tablets, power banks, solar charges and accessories to enlist Kenyans, in a move that has seen their pay blocked.

“The payment process involves confirmation of personnel who worked and inspection of returned mobile devices and their accessories to confirm that they are still functional,” said Mr Mwangi.

The issue came to light after netizens took to social media demanding the payment of the said staff. The agency has so far paid workers in 43 counties who were contracted for the exercise which started on the midnight of August 24 to August 25.

Kenya Insights allows guest blogging, if you want to be published on Kenya’s most authoritative and accurate blog, have an expose, news, story angles, human interest stories, drop us an email on tips.kenyainsights@gmail.com or via Telegram
Related Content:  Man Involved In Sh100m Kenya Seed Heist Ordered To Pay Sh22m to Absa Kenya
Related Topics:
Up Next