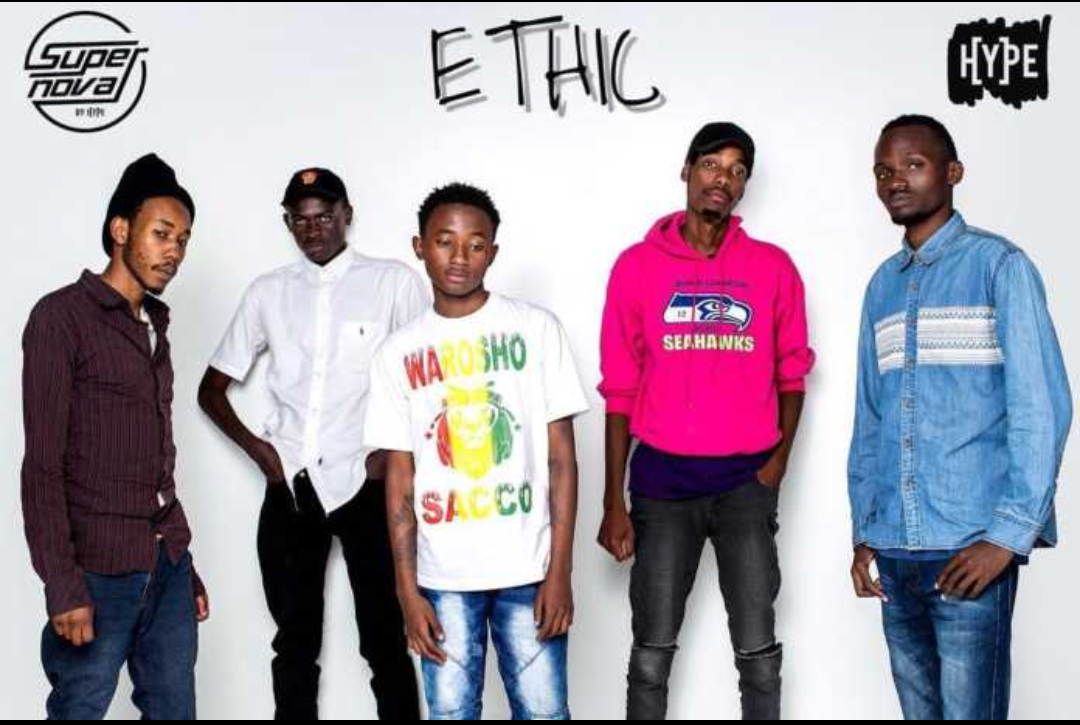 Members of Ethic Entertainment group have shared a video of them being attacked at Koroga festivals held on Saturday in Nairobi.

The upcoming Kenyan music group took their complaints to twitter streets in a long thread of tweets of their ordeal at the Koroga Festival.

It’s with deep regret that we have to post this.

Koroga festival called us and told us to perform as the headliners for the Koroga festival Saturday edition. We’d done one event with them previously and since we had no issues the last time and also because it is a huge platform,

we obviously jumped at the opportunity to perform again. This time, However, the treatment we got from them was more than hostile. As we speak four of our members including our Dj, hypeman , Zilla and our driver are all in hospital, brutally injured by Guards from the K.K

Ethic blames Koroga organizers for what happened late Saturday night and threatened to press legal charges for the alleged incident, which they termed as “targeted violence”.

security company and other festival organizers. We want to state that we will be seeking legal redress as we need due compensation from Koroga and KK security group for our medical bills et al.

As we push Kenyan music to the world we hope that one day,Kenyan artists will oneday

Ethic crew has also called out event organiser for not providing local talents with first class security details and superstar treatment like they do to International artists.

Kenyan artists will one day be treated the same as artists from other countries. The Saturday event this time surpassed all expectations and is definitely going to surpass their Sunday one. You know why? Because we Kenyan artists have worked our asses off to finally get Kenyans

It is deeply saddening for Kenyan event organizers like Koroga Festival to treat foreign artistes as superstars but treat our own as trash. They pay foreigners a lot of money and treat them like gods while our own artistes suffer and struggle in our own country#JusticeForEthic

The Kenyan Music industry has come a very long way & it should no longer be characterised by such incidences of victimization! What happened to Ethic is wrong & should not happen to anyone! It's Savage! Organizers of Koroga Festival should do something about it. #Justiceforethic pic.twitter.com/1oUTujnVOp

Crew members also called their loyal fans to remain loyal to the their cause. They, Ethic, said That they’re working hard to make sure local talents are respected

to support their own. And this is an agenda we’re willing to push to the very end. To all our loyal fans we’re simply asking that you support our cause. #Justiceforethic #RespectKenyanartists hey

Ethic Entertainment became popular in Kenya after their biggest breakout in Kenya’s music scene in 2018.

Koroga Festival organizers have shared  their video showing Ethic crew members coming in, after their time on stage,  to attack the security guard.

The new video shows Ethic crew was to blame for everything that happened and are supposed to be the ones apologizing to K9 guard.

You have heard of the Ethic drama with Koroga, here is a small small video. Be the judge pic.twitter.com/JuQFcezDsA

From the video, The guard is the one that is supposed to be seeking legal redress against Ethic Entertainment.

Credible sources have accused the Ghetto self made group of being uncooperative and totally chaotic.

Social media personalities have also called out Ethic,on their bad manners during events.

Doesn't matter if you're wrong or right.
If your name is constantly associated with chaos or infamous acts, no matter how big a crowd you pull there's gonna be a time your name will be getting crossed off the shortlists. Then, it won't even be getting on shortlists.

There’s always two sides of a story… and this is the other side.. which not many will want to share or talk about. Unfortunately.

Ps: I feel for the dude protecting his MacBook on the background. https://t.co/QJMWFNcJxa

We can’t be throwing blame when such things happen. K9 Secufities should also issue out their statements about what exactly happened on the night of Saturday.

This is the second part of the drama. @KorogaFestival don’t run away from the fact that you treated us like second class citizens mkitushow ‘nyinyi ni wa ghetto’. We also have videos. https://t.co/hJXzKTjlpY

So, honestly, what happened?

There’s always a reason why such odeals happen and in this case, Ethic crew, Koroga organizers and K9 need to give us the exact reason(s) and stop playing with people’s feelings, emotions, support and mind by wasting time on PR gimmicks, hearsay and blame game

Kenya Insights allows guest blogging, if you want to be published on Kenya’s most authoritative and accurate blog, have an expose, news TIPS, story angles, human interest stories, drop us an email on [email protected] or via Telegram
Related Topics:Ethic entertainment crewK9 securityKoroga Festival
Up Next