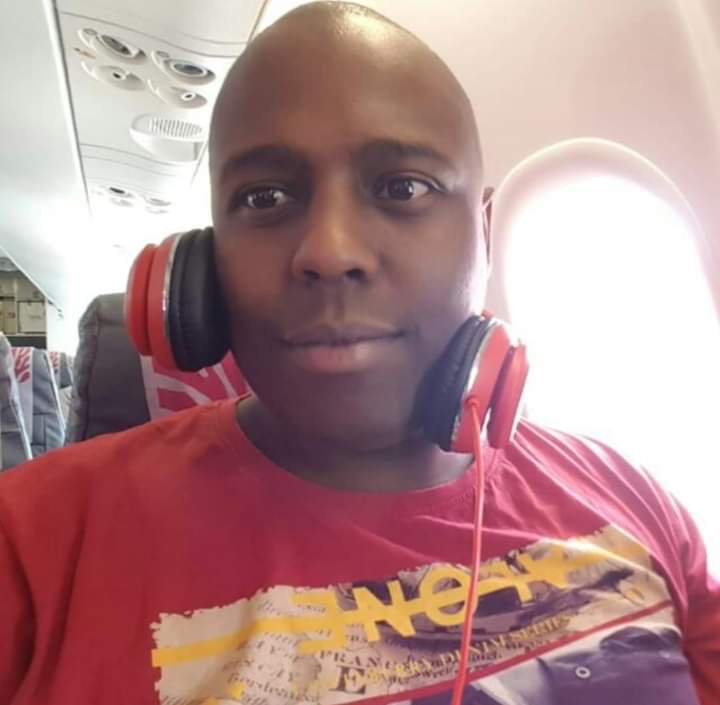 Joe Mwangi the man who played his alleged conning acts below the radar and managed to keep his crooked ways away from limelight has found himself in a cash twenty-two situation.

Following an interview on Citizen TV’s JKL on Wednesday, gymnast Wendy Waeni accused her former manager Joe Mwangi of exploiting her talent for selfish reasons, something that did not go well with a section of Kenyans.

“I’ve been performing all over the world, and right now I live in Huruma because of Joe Mwangi. I’ve performed in Rwanda, Germany, and China…and I’ve not got even a single penny. My mum is really suffering right now, she sells sweets, I live in Huruma in a single-room with her. Wendy said while on the  JKL show.

Wendi Waeni: I have performed all over the world but I’ve never gotten a penny from it and that is because of my previous manager (Joe Mwangi) #JKLive pic.twitter.com/6JvbslMqlg

Wendy displays what she does best

“People are telling me that I’m rude, that I’m a brat, that I post things on Instagram…which I don’t really know. I don’t have access to my social media accounts, it’s Joe Mwangi who controls them,” said Wendy.

On Thursday, Joe came out to give his side of the story and alleged that the minor might have been coached to give misleading information on national TV. He added that he has never left the country in the company of Wendy and dared anyone who has proof to come forth.

“On the video, it has been said that I (Joe) has traveled all over the world with Wendy, FACT: I have NEVER, NEVER EVER left this country in the company of Wendy Waeni. Anybody with any prove (sic) that I have flown out any given time with her, put it here.

“It’s alleged that for more than 5yrs Wendy has never received a penny, I mean…. which parent in this World will allow his/her kid to be misused for not 1 month, not 1year, but 5yrs..?????,” Joe asked.

In his responses, however, coming amidst a storm of social media backlash from a section of Kenyans, Joe – in a tweet to Duncan Ondimu, Principal Prosecution Counsel in the office of the DPP – implied that he would be seeking legal action.

Before i respond to this ,senior @matundura78 ,Kindly make me understand the law that protects me on this whole issue should it turn that someone coached the minor to give mis-leading information on National Telivision. https://t.co/MW2tpZeCs2

1. On the video it has been said that i (Joe) has travelled all over the world with Wendy,
FACT : I have NEVER,NEVER EVER left this country in company of Wendy Waeni.
Anybody with any proove that i have flew out any given time with her,put it here . https://t.co/MW2tpZeCs2

2 . Its allaged that for more than 5yrs Wendy has never recieved a penny,i mean….which parent in this World will allow his/her kid to be mis-used for not 1 month,not 1year,but 5yrs..????? https://t.co/MW2tpZeCs2

But things seemed to change when Joe Mwangi said: “Anybody with any proof that I have flown out any given time with her, put it here.” And, just before he could finish a tweet thread of his response, Media Personality, C.E.O Cape Media and Manager
@Tv47KE Eugine Anangwe slapped him with this video

I have the proof and here it is! https://t.co/ZnTadyGv0D

A video that has seen everyone coming out with what looks like an open door opportunity to expose Joe Mwangi’s entire business dealings that might lead him in the hands of the DCI, and if proven guilty, he might be behind the bars for a very long time.

So unfortunate. All along I thought I was in communication with Wendy kumbe it was #joemwangi I did get the request to support her Foundation project pic.twitter.com/9pGaJY3pTG

It seems there is no office in Kenya that #joemwangi didn’t take Wendy Waeni. He must account for anything he received on behalf of the child. @KoinangeJeff #JKLive https://t.co/gwlMskHx3C pic.twitter.com/8ILzc4kDhT

I don’t know about child trafficking but one time Wendy came to Orange house and we cut a cheque for her foundation to buy some play stuff. Weeks later Joe Mwangi came asking us to change it and write the cheque in his name. I cancelled the whole thing. https://t.co/YvwL6txpBx

Kenya Insights allows guest blogging, if you want to be published on Kenya’s most authoritative and accurate blog, have an expose, news, story angles, human interest stories, drop us an email on tips.kenyainsights@gmail.com or via Telegram
Related Topics:Joe MwangiWendy Waeni
Up Next