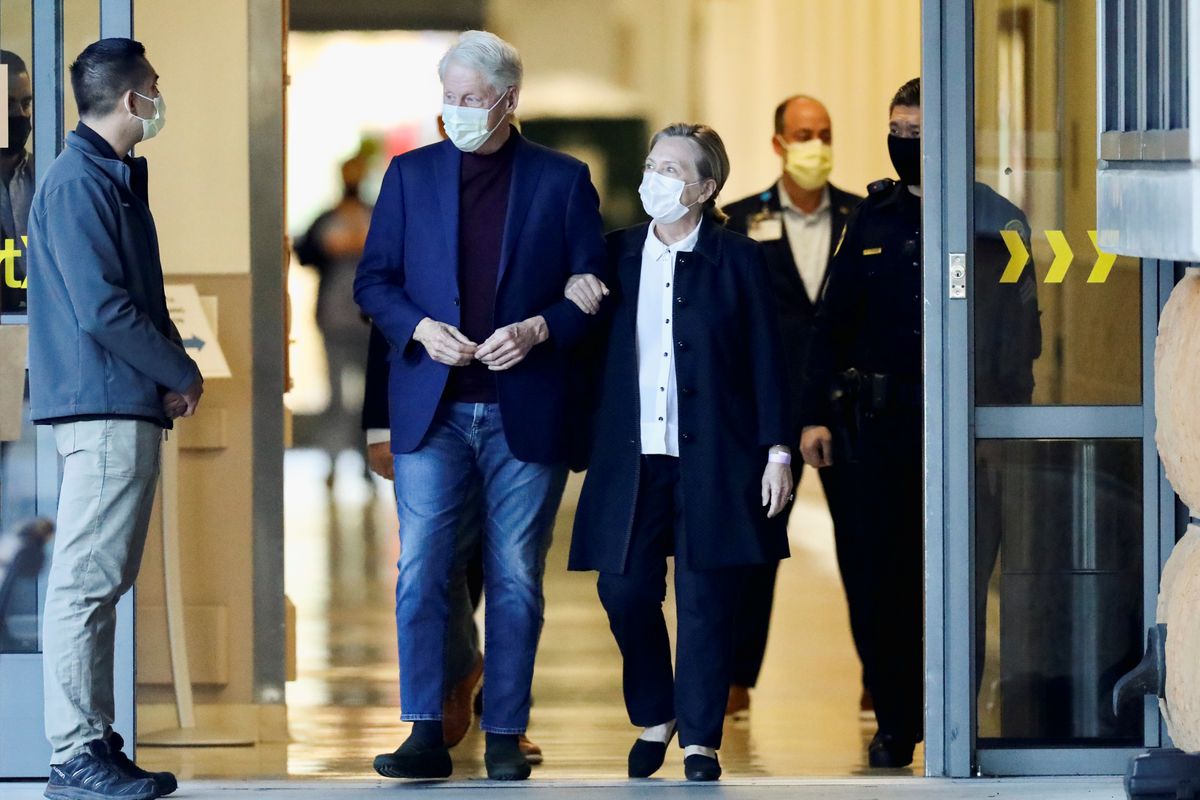 Former US President Bill Clinton was discharged from a California hospital on Sunday after being treated for an infection, his spokesman said.

Angel Urena said that after being admitted to the University of California Irvine Medical Center, Clinton’s fever and white blood cell count were normalized and that he would return home to New York to finish his course of antibiotics.

Bill Clinton was released from a California hospital on Sunday after treatment for a urological infection that developed into sepsis, officials said. Sepsis, a life-threatening response to infection, is a common cause of death in hospitals. https://t.co/lElRhEQ8WJ pic.twitter.com/eCMQpY52gY

“On behalf of everyone at UC Irvine Medical Center, we were honored to have treated him and will continue to monitor his progress.”

According to media reports, Clinton had been admitted to the hospital on Tuesday for a urinary tract infection that spread to his bloodstream.

Clinton, 75, is a former Arkansas governor who served as US president from 1993 to 2001. He took office at the end of the Cold War, and presided over the US’ longest peacetime economic expansion.

His wife former first lady Hillary Clinton, 73, served as senator for New York and secretary of state under President Barack Obama and was also the Democratic candidate for president in 2016.

Kenya Insights allows guest blogging, if you want to be published on Kenya’s most authoritative and accurate blog, have an expose, news TIPS, story angles, human interest stories, drop us an email on [email protected] or via Telegram
Related Content:  Full Text of President Obama’s Historic speech at the Democratic Convention on Endorsing Hillary Clinton
Related Topics:Bill ClintonHillary Clinton
Up Next