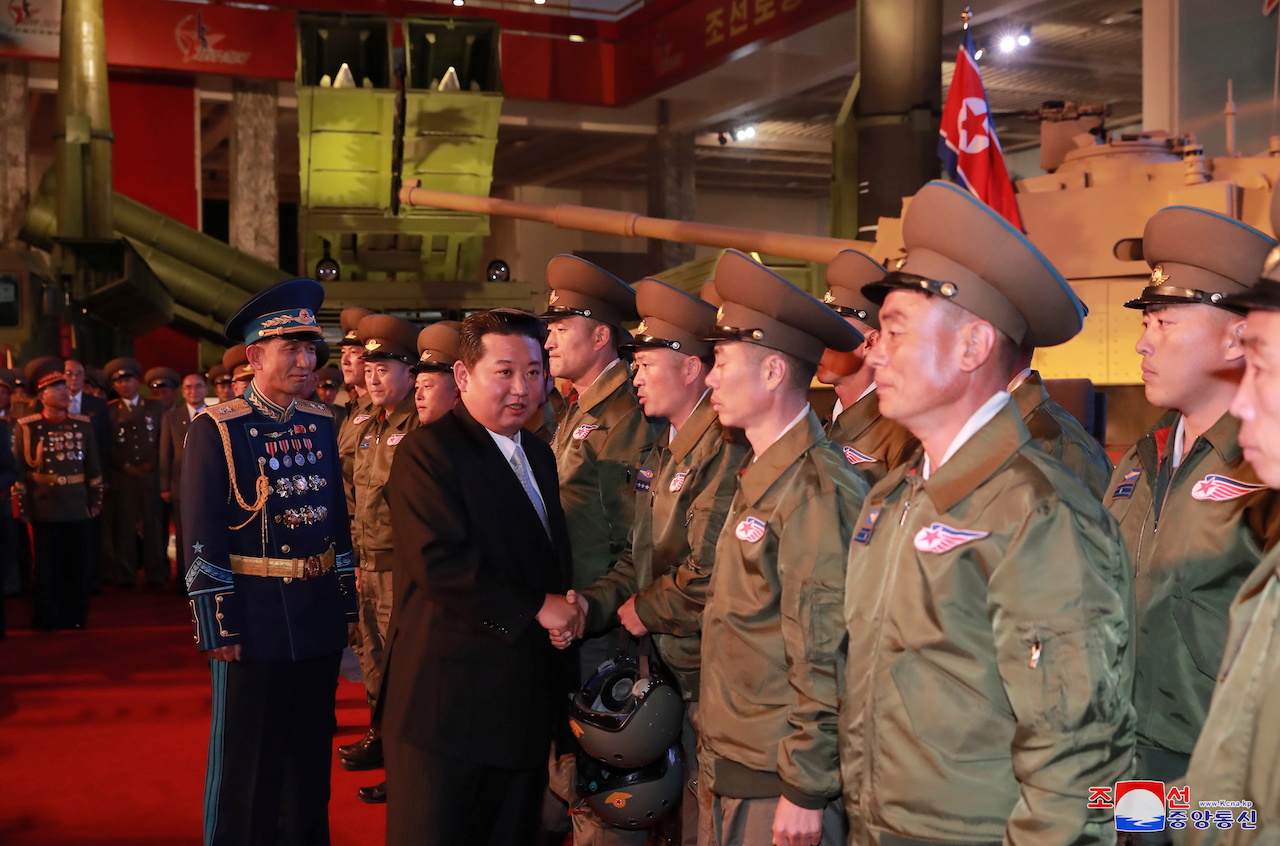 North Korea’s leader has vowed to build an “invincible military” in the face of hostile policies from the United States, according to state media.

Kim Jong-un added that weapons development was for self-defence, and not to start a war.

Kim made the comments at a rare defence exhibition while flanked by a variety of large missiles.

North Korea has recently tested what it claims to be new hypersonic and anti-aircraft missiles.

The South meanwhile has tested its own submarine-launched weapon.

In his speech at the Self-Defence 2021 exhibition held in Pyongyang, which featured an array of military hardware including tanks, Kim addressed the military build-up in the South and said that North Korea did not want to fight its neighbour.

“We are not discussing war with anyone, but rather to prevent war itself and to literally increase war deterrence for the protection of national sovereignty,” he said.

Kim also accused the US of stoking tensions between North and South Korea.

He added that there was “no behavioural basis” to make North Korea believe that the US was not hostile. 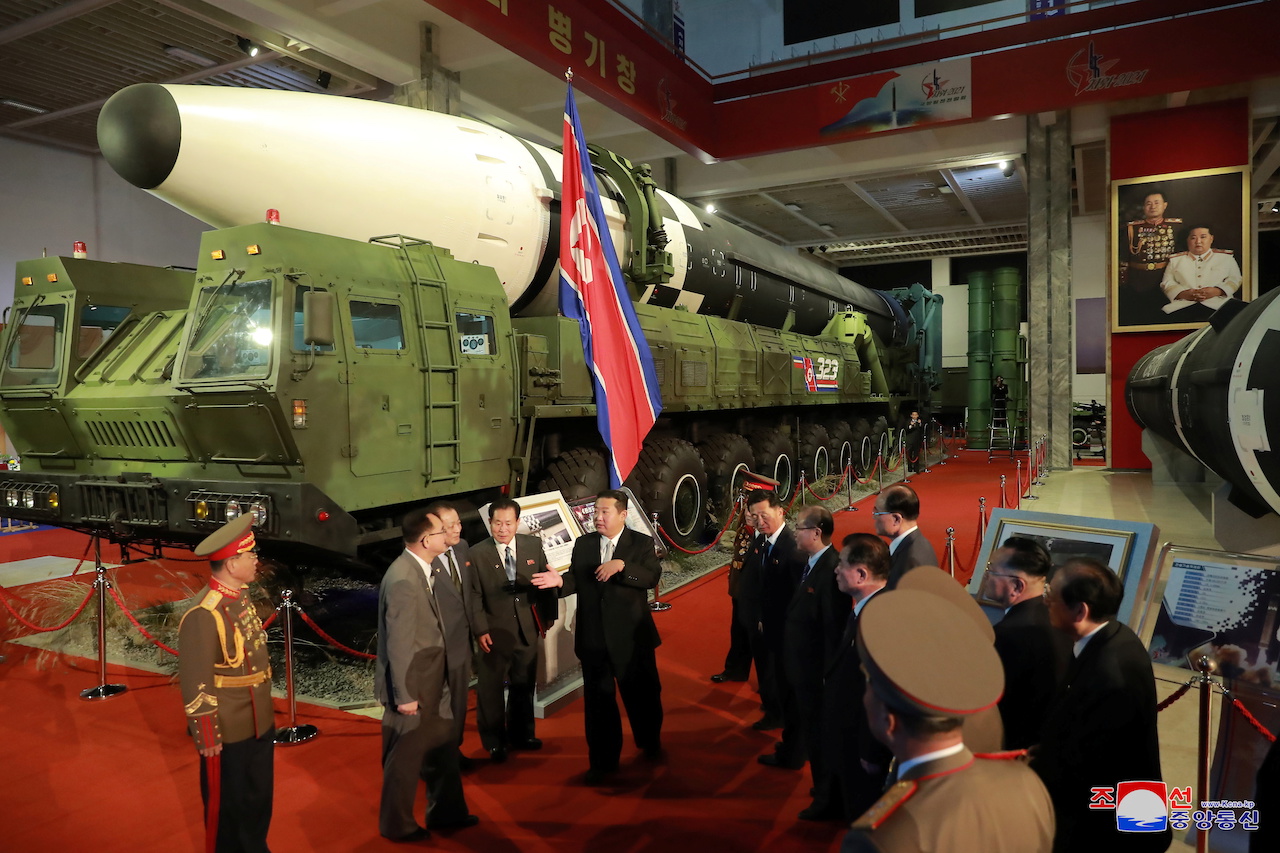 The US under President Joe Biden has repeatedly said it is willing to talk to North Korea, but has demanded Pyongyang give up nuclear weapons before sanctions can be eased. North Korea has so far refused.

North Korea is banned from testing ballistic missiles and nuclear weapons by the UN. It has repeatedly flouted these bans and has been heavily sanctioned as a result.

Last month, the UN atomic agency said North Korea appeared to have restarted a reactor which could produce plutonium for nuclear weapons, calling it a “deeply troubling” development.

North Korea has always maintained that it needs to continue developing weapons for defence.

But observers say it is also being used as a way to rally the impoverished country. North Korea is thought to be in dire economic straits after authorities shut borders to stop the spread of Covid-19.

Crucial supplies like food and fuel have been cut off from China, North Korea’s main political and economic ally.

Kenya Insights allows guest blogging, if you want to be published on Kenya’s most authoritative and accurate blog, have an expose, news TIPS, story angles, human interest stories, drop us an email on [email protected] or via Telegram
Related Topics:Kim Jong-unmilitaryNorth Koreanuclear weapon
Up Next

Video: Former US President Clinton discharged from hospital after treatment