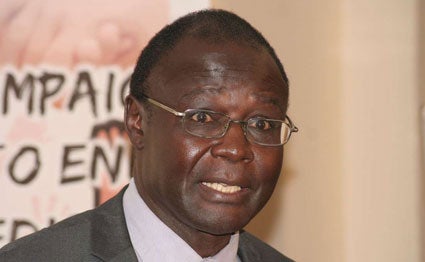 Cancer strikes again and this time, just like every time, has ripped us of most celebrated HIV/Aids top researcher Dr. Sobbie Mulindi who succumbed to cancer last night.

Dr Mulindi, who has been battling cancer for a while, was the pioneer journalist and scholar who openly campaigned about HIV/Aids that helped to tackle its stigma in Kenya. Dr. Mulindi played a key role in the drafting of Sessional Paper No 4 on HIV/Aids in 1997, which helped the government tackle the deadly virus.

“Dr. Mulindi put life into the days of the hospice fraternity and not just days into their lives. He shall notably be remembered for his tireless fight against the HIV-Aids scourge in his role as director, National Aids Control Council (NACC), among many other key roles he played,” ANC leader Musalia Mudavadi eulogized Dr. Mulindi.

Dr. Mulindi was a former deputy director of the National Aids Control Council (NACC) between 2008-2014. His achievements include helping to reduce the HIV prevalence rate from a high of about 30 percent in the early 2000s through Nairobi Hospice.

Nairobi Hospice is a charitable organization that was established in 1988. It caters to patients facing life-limiting illnesses and provides caregiver support and education. Services are provided on an outpatient basis, at hospitals, and patients’ homes.

Dr. Mulindi was a well-informed journalist who also worked as a senior lecturer at the University of Nairobi where he was among those who introduced the psychiatric department.

Siaya Senator James Orengo was among Kenyan leaders who have mourned him as a perspicacious leader, whose contributions to the society cannot go unnoticed.

I have learned with sorrow and sadness the passing on of Dr Sobbie Mulindi. At Alliance High School we called him Amalinze the Cat. He had passion and energy for the things he pursued including campaigns about HIV/Aids. Rest in eternal peace.

ODM Party Communication Director Philip Etale, who worked with the late Dr. Mulindi also took his eulogies on twitter streets acknowledging the impact he had.

Sad to learn of the passing on of Dr. Sobbie Mulindi, a man I have known since my days as a journalist in the newsroom and field. We have lost a great man. Rest in Power my friend.

Related Content:  Anxious Americans Show Up For An Election Like No Other
Kenya Insights allows guest blogging, if you want to be published on Kenya’s most authoritative and accurate blog, have an expose, news TIPS, story angles, human interest stories, drop us an email on [email protected] or via Telegram
Related Topics:Dr Sobbie Mulindi
Up Next

Gamblers To Pay 20 Percent Tax To KRA Off Their Winnings