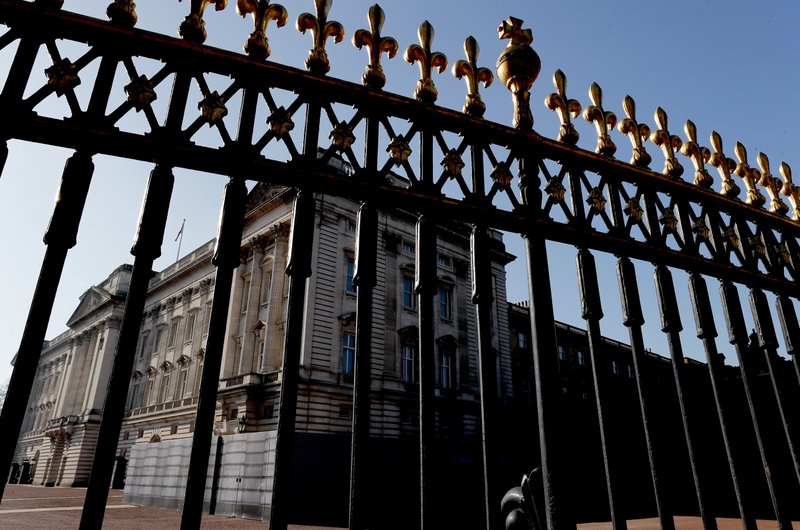 LONDON (AP) — Buckingham Palace issued a statement Tuesday, saying the family was saddened to learn of the challenges Harry and Meghan had faced in the past few years — and that they would address the issues privately.

The palace said the “issues raised, particularly that of race, are concerning,” and are taken very seriously.

“Harry, Meghan and Archie will always be much loved family members,” the statement said.

The statement is the first comment by the palace following Harry and Meghan’s two-hour interview with Oprah Winfrey in which they alleged that Meghan had experienced racism and callous treatment during her time in the royal family.

Prince Harry and Meghan’s allegations of ill treatment by Britain’s royal household are so serious that some observers say Buckingham Palace’s silence on the topic has only added to the furor surrounding their TV interview with Oprah Winfrey.

While the palace often tries to stay above controversy by remaining silent and riding out the storm, the Duke and Duchess of Sussex’s charges are so damaging to the royal family that it will have to respond publicly, says royal biographer Angela Levin.

But that response is likely being delayed by Queen Elizabeth II’s struggle to balance her sometimes-conflicting roles as monarch and grandmother, says Levin, author of “Harry, a Biography of a Prince.” Yet she says there’s little doubt that ultimately the 94-year-old monarch will make her decision based on what’s best for the 1,000-year-old institution she has led since 1952.

“The queen has a motto: Never complain, never explain,” Levin told The Associated Press. “And she’s stuck with this for four decades. But I think in this climate and 2021, everything goes everywhere. There’s so much social media that in this instance, she really can’t not say anything.”

The Times of London reported Tuesday that a palace statement had been delayed because the queen wanted more time. The newspaper didn’t cite a source for the information.

The interview, which aired Sunday night in the U.S. and a day later in Britain, has rocked the royal family and divided people around the world. While many say the allegations demonstrate the need for change inside a palace that hasn’t kept pace with the #MeToo and Black Lives Matter movements, others have criticized Harry and Meghan for dropping their bombshell while Harry’s 99-year-old grandfather, Prince Philip, remains hospitalized in London after a heart procedure.

During the two-hour interview, Meghan described feeling so isolated and miserable inside the royal family that she had suicidal thoughts, yet when she asked for mental health help from the palace’s human resources staff she was told she was not a paid employee. She also said a member of the royal family had expressed “concerns” to Harry about the color of her unborn child’s skin.

Winfrey later said Harry told her off camera that the family member was not Queen Elizabeth II or Prince Philip, sparking a flurry of speculation about who it could be.

Harry also revealed the stresses the couple endured had ruptured relations with his father, Prince Charles, heir to the British throne, and his brother, Prince William, illuminating the depth of the family divisions that led the couple to step away from royal duties and move to California last year.

So far there has been silence from the palace about the interview.

“I think that one of the major worries is you don’t want to throw oil on the flames to make it even worse,” Levin said.

Alastair Campbell, who advised the royal family how to respond to Princess Diana’s 1997 death in a car accident, suggested that Buckingham Palace should maintain that silence. Campbell, who also served as Prime Minister Tony Blair’s communications advisor, told the BBC that Diana’s death and the interview with Winfrey were very different situations.

“The death of Diana was a huge event — and following which they were all going to have to be involved in the funeral and in the response to what was happening in the country as a result of her death,″ he said. “Whereas this, I think, is a pretty extraordinary and a pretty explosive media frenzy, but that ultimately is what it is.″

“So I’m not sure I would advise them to do anything much beyond what they are doing — which is not very much,” he added.

Charles didn’t comment on the interview Tuesday during a visit to a vaccine clinic in London.

Harry’s father visited a church to see a temporary vaccine clinic in action and met with health care workers, church staff and people due to receive their vaccine jab. The visit was his first public appearance since the interview aired in the U.S. on Sunday night.

Maziya Marzook, a patient at the event, said “private matters didn’t come up at all” during Charles’ visit.

“He didn’t bring up anything,″ Marzook said. “He was more interested in how the vaccine was and how we feel.”

Related Content:  World Bank Makes Makhtar Diop First African to Head Private Sector’s IFC
Kenya Insights allows guest blogging, if you want to be published on Kenya’s most authoritative and accurate blog, have an expose, news TIPS, story angles, human interest stories, drop us an email on [email protected] or via Telegram
Related Topics:
Up Next